Microsoft has opened its door to a greater proportion of open source technologies and open standards, specifically within its Office 2013 suite of ‘productivity’ applications.

Office 2013 will now offer ‘full support’ for the Open Document Format (ODF), variants of Open XML and for PDF formats.

The news was broken by principal program manager lead for Office standards Jim Thatcher. “[The next version of Office]… will support strict Open XML and Transitional Open XML, ISO 32000 (PDF) and OASIS ODF 1.2.,” he said.

With OpenOffice and LibreOffice both having backed ODF for some time now, one wonders if the greater weight of pressure from industry also supporting the standard (IBM and Oracle to name two) has finally brought the ‘suits’ in Redmond to a new open realisation.

NOTE: RedmondDeveloper reports Microsoft’s Thatcher claiming that it was the ISO/IEC organisation that created the dual “strict” and “transitional” Open XML standards. So today, although the strict version is not reliant upon Microsoft-specific data types, full support for both types will feature.

Industry comments suggest that this move towards openness with relation to ODF has taken six, perhaps even seven years.

As electronic paper archives (many of them governmental) now come into increased focus and usage, this is arguably an extremely important tipping/inflexion point for open document standards. Microsoft’s moves in this space are unlikely to have been driven by pure altruism or philanthropy, so the deeper implications and ramifications here are surely quite telling. 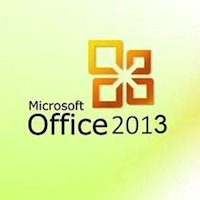 Microsoft’s Thatcher has also explained plans to introduce the “PDF reflow” feature in Office 2013 so that PDFs can be worked upon as if they were “editable Office documents” — although Thatcher is also quick to point out that PDF reflow is not designed to “replace” Adobe Reader or Acrobat.

“The goal is not to make Word into a PDF reader or PDF editor. The goal is to help you to bring the contents of PDF files back into an editable format using Word 2013,” Thatcher said.

Currently in preview release, market predictions anticipate a formal launch of Office 2013 in early 2013, which should suit the product’s brand name ideally.