Microsoft has been making what many would argue to be ‘reasonable’ (if not occasionally admirable) advances in open source technologies of late.

It’s latest moves are directed towards the Kinect motion-sense controller for which the firm now says it has open sourced a selection of code samples to be released under Apache 2.0 license.

While uptake of Kinect has been healthy enough, it is arguably some way off what anyone could call ‘widespread viral adoption’ as a natural user-interface device for PCs and potentially other devices.

Microsoft’s strategy here is ‘mostly philanthropic’ perhaps i.e. it wants third party developers to use and reuse its code to the point at which they can work out how it might be improved.

Code released under Apache 2.0 here includes 22 “unique samples” (Microsoft’s description) in C#, C++ and Visual Basic. The code can be used to power functions including face tracking and slideshow gestures.

“We’re releasing all the samples under an Apache 2.0 license so that you can take the code and reuse, remix, etc. Also, we’re using a Git repository so it’s easy clone & fork if you want,” blogged Lower on 6 March 2013.

Lower also confirms that his team are looking for feedback and that Microsoft will use CodePlex’s built-in feedback & discussion tools to get community input on the samples.

“We want to hear from you to understand what we can do better with the samples,” he added.

Microsoft intends to use its developer blog in this space to go behind the scenes with the K4W engineering team.

“[The developer blog] will go deeper on the technology and APIs, share tips & tricks, and provide other tidbits of information relevant to those building K4W applications,” he concluded. 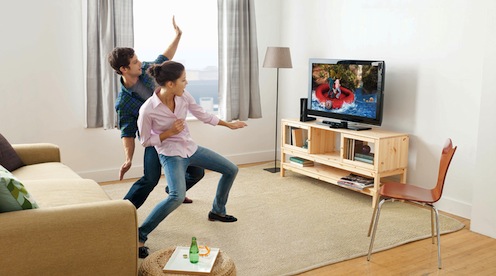