What does the open source world think of Windows 8?

If Microsoft has reinvented and reengineered itself to be able to position its OS to serve not just the desktop WIMP space, but also now the touch-enabled search-centric mobile-first always-on cloud-driven market — then this is a reinvention that was never going to happen without the firm facing a little criticism.

But let’s remember, the last time Microsoft launched an operating system there was no iPad (it was still six months away) and Linux was still (apart from a brief honeymoon period with netbooks) still comparatively “in the server room” by most people’s estimation. 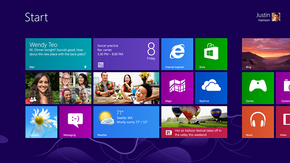 But since that time, Linux on mobile has grown massively and Android now accounts for 64% of the smartphone market in 2011 (says Gartner).

Also in 2011, we finally saw smartphones outsell PC for the first time and millions of those smart phones run Android.

Hardware will soon be free

Zemlin blogs this morning, “For many years, I’ve been predicting that hardware will soon be free, subsidised by service providers who use open source software to build low cost devices optimised for their services. Amazon, for instance, is reported to lose money on every Kindle Fire sold. At US$250 for a decently powered laptop, I can’t imagine there is much profit in the Chromebook either.”

“Microsoft is stuck in the liminal space between the desktop-driven, cost per software license world they dominated and the era we are just now entering: a world driven by open source software and services.”

“It clearly understood that the personal computing industry was shifting toward portability — and with Windows 8 created a hybrid OS for desktops, tablets and phones.”

“Good that they are keeping up with the times, but perhaps bad to apply a jack of all trades approach that may not work so well for their existing bread and butter desktop users. These users want to use Windows 8 with a keyboard and mouse, not a touch screen.”

As one Gartner analyst said: “I like Windows 8 on a tablet, but not on a desktop, which is unfortunately where I will use it.”