But what does that really mean?

The benchmark itself is apparently designed to test Red Hat Linux at “scale” and the SAP standard saw more than 22,000 users supported on a single system in this case.

If you’re not familiar with the HP DL980 G7 server and don’t recall seeing one the last time you were in PC World, that’s because they start at US$38,130.

“Red Hat Enterprise Linux 6.2 provides additional capabilities to manage system resources. It also adds enhancements to storage and file system features including full support of iSCSI extension for RDMA. Now, benefits of low latency and high throughput through a standard SAN implementation based on 10Gb Ethernet are available to even the most demanding storage environments. This allows customers to opt out of expensive Infiniband hardware or other dedicated interconnect fabrics,” said the company, in a press statement.

This level of computing sees file system capabilities in use such delayed meta data logging, asynchronous and parallel file system writes, as well as support for multiple active instances of Samba in a cluster. 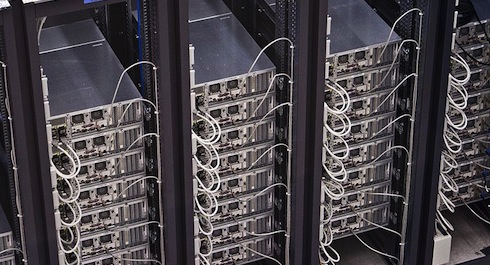