Commercialisation in the open source space appears to be spreading downwards by virtue of the big vendors’ OSS interests at the moment doesn’t it? Yes Oracle is publicly pushing certain open initiatives (at the same time as it is severing others), yes Microsoft has been very vocal on open interoperability with the likes of Novell and others of late — but the weight of the “paid for services and management” element of open source has become more visible than ever during this past year.

One almost starts to question whether open source has been so heavily influenced by its commercial cousins that the true open source maverick will be left struggling to find a voice. So is there still a place for the OSS ‘garage band’ software start up?

Yes – of course there is. But how can we be sure?

While Serena appears to be successfully reinventing itself with new project management offerings and HP is making almost as much noise over its ALM technology as it does over its servers and notebooks — open source project management is alive and well at the ::mound:: (note the scope resolution operator colons) project.

The home-grown baby of software developer and database architect @JoshuaMWatson from Florida, you can download ::mound:: from sourceforge.net under the GPL license. 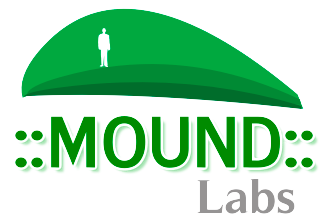 Describing ::mound:: on the product’s website, Watson writes, “Most software development management systems have a tracking feed to show what everyone is up to. Like all good things, tracking feeds are good in moderation, but often have so much useless information users stop bothering to read them. That is why ::mound:: includes a quick and simple way for developers to easily post their status when it actually matters.”

Although it’s impossible to guess whether ::mound:: will set the world alight, it’s very existence does verify one thing. In the face of all the big vendor’s IT roadmaps, the fact that ::mound:: is around not only provides a true FOSS alternative in the project management space — but it also keeps the big boys on their toes and stops them from getting fat and complacent and that has to be a good thing.