GitHub’s position as the repository of choice for open source community projects is today one of dominance, most would argue.

Officially often referred to as a “web-based revision control service” (rather than simply a software code repository), this classification is an obvious nod to the site’s inherent level of active community involvement as open projects are continuously developed, refined and augmented.

The revision control element also of course connected back to Linus Torvalds’ own Git open source code management system, which he claims to have named after himself.

Despite GitHub’s dominance, it is important to also remember Bitbucket.

The above factor will dictate which choice (out of Bitbucket and GitHub) many companies may make, although if they are Subversion shops it may still be a quandary.

Both Bitbucket and GitHub offer commercial plans and free accounts and developers may work individually to “fork” projects or join in collaborative team projects.

NOTE: Bitbucket started as a startup, but was later funded by Atlassian as a Venture Capital (VC) project in 2010 after which it added Git to its Mercurial support options.

What may be important at this stage is that both Bitbucket and GitHub do both exist, concurrently. This, after all, helps continue to champion the choice and openness factor for open source.

To choose between the two, one might look at obvious features such as the number of active users and participating coders (where GitHub fairly obviously wins) – but deeper analysis of elements such as “project tracking features” and/or encryption plus “user authentication and log in functionality” should also be considered.

Or it may just come down to which GUI you prefer, but we hope it’s more than just that — you could always use both after all.

The best place to look for updates on both projects is on the blog section for Bitbucket at http://blog.bitbucket.org/ and GitHub at https://github.com/blog respectively. 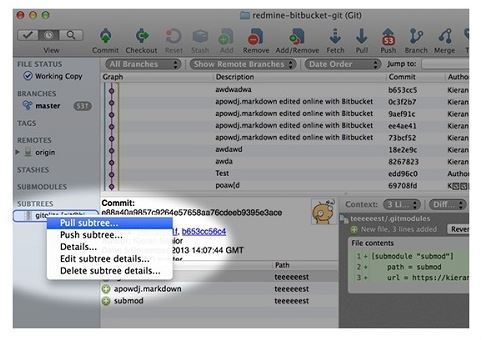