Google chose the PR graveyard shift slot of 4:30 USA Pacific time on Friday afternoon last week to put out its latest communiqué to us, the consuming masses.

The ‘search giant’ has pushed its latest HTML5 video tool to open source.

The new Video Player Sample is built with open web technology and is designed to allow developers (and other users) to wrap video up in the required code to be able to release it as a web store application.

It acts as a basic video player too, if that’s all a user is looking for.

This open source video player web app is built using the same architecture as the ’60 Minutes’ and the ‘RedBull.tv’ apps. It can be customised, extended, or simply used ‘out of the box’ and populated with a user’s own content.

According to Google, “When a user opens the Video Player Sample web app, they can choose to watch a single video or create a playlist of videos/episodes from a list that they have uploaded and populated to the app.”

Users can view a video player demo app, or by add it to Chrome through the Chrome Web Store

• A beautiful video watching experience, including a full screen view

• Support for multiple video formats depending on what the user’s browser supports (including WebM, Ogg, MP4 and even a Flash fallback) 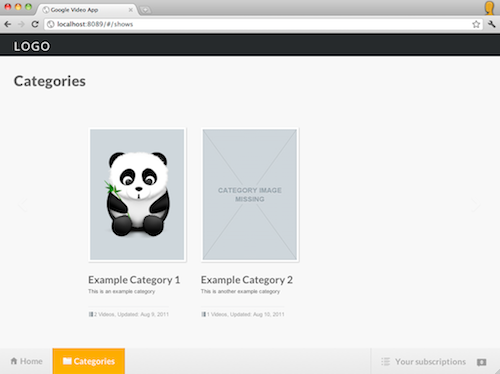