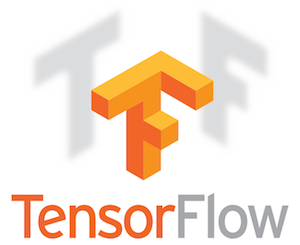 But what are they and what is it?

Cognitive computing and the ability to create what we have started to call artificial neural networks describe the new breed of computers (such as IBM Watson) that can interpret human ‘meaning and intent’ out of questions spoken in natural language and also extract meaning from unstructured text, video, photos and speech.

While many progressions in this space are proprietary, Google has released its TensorFlow artificial intelligence software on GitHub under an open-source license.

Google reminds is that it uses a weighty sprinkling of artificial intelligence (AI) behind the scenes in its Gmail and Google search services.

TensorFlow, primarily written in C++ and is already getting lots of traction.

Prior to TensorFlow, we may have more readily associated Google’s artificial intelligence and machine learning work with the DistBelief offering.

DistBelief has been used to analyse and automatically identify items contained within videos and photos for example.

According to the Google developer blog, “TensorFlow is a highly scalable machine learning system. It can run on a single smartphone or across thousands of computers in datacentres. We use TensorFlow for everything from speech recognition in the Google app, to Smart Reply in Inbox, to search in Google Photos. It allows us to build and train neural nets up to five times faster than our first-generation system, so we can use it to improve our products much more quickly.”