Google labels its annual developer conference Google I/O, as you probably know. Before penning (keying) this blog I asked Google’s PR people twice to clarify what the I/O stands for these days as I have read three different definitions.

Google did not reply — and the company has very limited press access to its event, but to ignore its recent developer shindig would be a shame. So let’s march on.

At the event’s keynote last night (San Francisco morning time) Google announced that there are over 100 million activated Android devices, and more than 400,000 new Android devices are activated every day.

The Android team also served up the next version of Android, called Ice Cream Sandwich.

The company is describing Ice Cream Sandwich as unified operating system (OS) for both tablets and smartphones — Google also says it has plans to make the OS open source by the end of the current year. 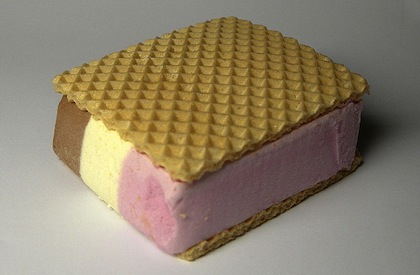 Google’s Android chief Andy Rubin has explained that open sourcing did not happen in the same way with Android Honeycomb, as the company simply wanted to get it to market as quickly as possible. No doubt to serve commercial implementation inside tablets such as Motorola’s Xoom.

Also new and/or updated in Android is – a Music Beta by Google, a new service that lets you upload your personal music collection to the cloud for streaming to your computer and Android devices; movie rentals in Android Market; and the Android Open Accessory kit for developers.

“Ice Cream Sandwich will bring everything you love about Honeycomb on your tablet to your phone, including the holographic user interface, more multitasking, the new launcher and richer widgets,” said the company on its official blog.

Attempting to leave us with a touch of ‘corporate gloss’, Google also used the first day of its event to talk about how it is working with a team of industry leaders (including many from the Open Handset Alliance) on guidelines for how quickly devices are updated after a new platform release, and also for how long they will continue to be updated.

So Google I/O, get ready for day two, get in, get out and shake it all about.