Writing on O’Reilly Radar this month, esteemed Java author James Turner has highlighted some of the theorising that has been passing through the technical press related to the true position of open source today.

Specifically, Turner asks whether we (as open source purists in this case) should accept the “relative virtues” of deliberately spurning and shunning (as opposed to accepting and embracing) proprietary software into our lives.

Turner quotes from an essay by Bruce Byfield of Linux Pro Magazine, which featured the following comment, “In my mind, to buy and use proprietary products, except in the utmost necessity is something to be ashamed about. And that’s how I’ve felt the few times I’ve bought proprietary myself. It seems an undermining of FOSS’ efforts to provide an alternative.”

Well, that’s the extreme view perhaps. But is that just a little to anti-proprietary for its own good?

Turner suggests that open source purists have perhaps taken the suggestion that proprietary software is somehow “dirty or a corruption of principles” a little too far in some cases and over egged the pudding.

I have to agree with him. Much though I am addicted to the excitement and freedom of the open source world; I also own plenty of proprietary products sold to me by – ah hem – companies i.e. commercial businesses out to make a profit.

Some of what I do as a “communicator” (if I may be so bold), I do for free – but not all of it, as I do like to pay my mortgage and eat toast and Marmite once in a while etc.

“There are plenty of places where FOSS makes all the sense in the world, and those are the places that FOSS has succeeded. No one uses a closed source compiler anymore, Eclipse is one of the leading IDEs for many languages, and Linux is a dominant player in embedded operating systems,” wrote Turner.

“Where FOSS (free and open source software) breaks down pretty quickly is when the software is not a widely desired tool used by the developer community. The typical line of thought runs like this: Let’s say we’re talking about some truly boring, intricate, detail-laden piece of software, such as something to transmit dental billing records to insurers (this type of stuff is going to be required under the new health care laws.) Clearly, people don’t write these things for kicks, and your typical open-source developer is unlikely to be either a dentist, or a dental billing specialist.” 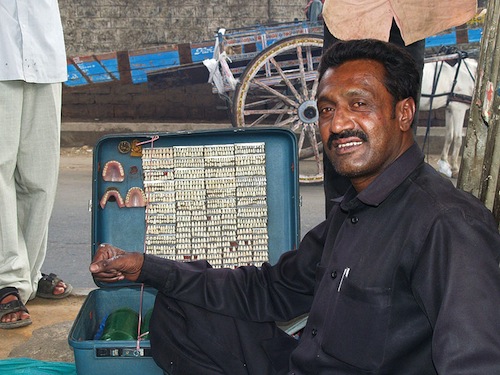 Turner cleverly explains the only real non proprietary option here: a group of dentists would have to collude and fund the development of the code, but then this doesn’t work as the FOSS product that results would be available to all (including those who have not contributed).

So do we need more balance in open source? We need more informed debate at the very least I feel.

You can find more of Turner’s worthy musings here.