The motor giant says that it wants to “unleash” the power of the open-source programmer (and hacker) community to explore what can be done with vehicle data.

OpenXC is described as a combination of open source hardware and software for developers to build vehicle-centric custom applications and pluggable modules.

“[Developers] can start making vehicle-aware applications that have better interfaces based on context, can minimise distraction while driving, are integrated with other connected services, and can offer you more insight into a car’s operation,” says Ford.

The company highlights the fact that every new car today is full of computers and electronics, and although many companies are already offering tools to hook into the driver’s interface, they have — for the most part — limited availability for hobbyists and developers.

The OpenXC team has envisioned a time when a car will be as easy to program as a smartphone. 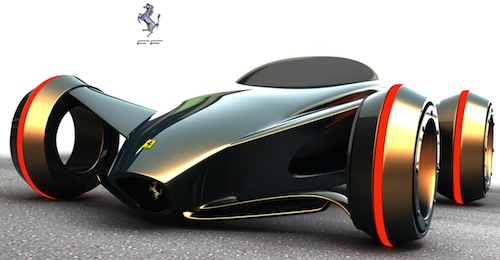 “Ford is committed to innovating with the help of software and now hardware developers,” said Paul Mascarenas, Ford vice president and chief technical officer. “By connecting cars and trucks to wireless networks, and giving unheard-of access to vehicle data, entirely new application categories and hardware modules can be explored – safety, energy efficiency, sharing, health; the list goes on. OpenXC gives developers and researchers the tools they need to get involved.”

The OpenXC kit includes a vehicle interface module based on the popular Arduino platform developers can use to read data from the vehicle’s internal communications network. The hardware module provides real-time access to parameters like the vehicle sensors, GPS receiver and vehicle speed. The hardware module is connected to a smartphone or tablet on which apps can be written to consume and use these data.