What is real time data anyway?

As you will know, in computing terms we talk about real time processing (or perhaps “computer responsiveness”) as being that level of compute power and speed such that users PERCIEVE that the systems they use are operating at the same speed as human (or indeed machine-based) life events. 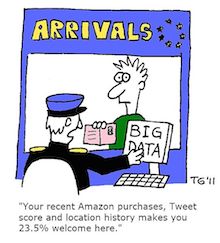 Traditionally we have always talked about “three states of data” such that we also incorporate data-in-use also, but the degree to which we focus on real-time analytics now is arguably eroding the definitions of the past i.e. almost all data is potentially data-in-use now.

This is clearly the mindset exhibited by secure data company Zettaset.

The firm has recently announced the addition of data-in-motion encryption as a new feature in its Zettaset Orchestrator management and security add-on application for Hadoop.

What is data-in-motion encryption?

It is intended to provide organisations with an additional layer of protection for their Hadoop clusters and sensitive data, eliminating access by unauthorised users.

How does data-in-motion encryption work?

Orchestrator data-in-motion encryption ensures that all networking connections to the Orchestrator web-based console are completely secure within a Secure Socket Layer (SSL) tunnel.

Can we go deeper?

Communication links between all cluster nodes are encrypted and authenticated to eliminate the possibility (claims Zettaset) of unauthorised access to data by anyone within the corporate network or Hadoop cluster.

Why is big data security on Hadoop an issue?

Gartner’s Bhavish Sood says that Hadoop certainly wasn’t built with enterprise IT environments in mind, “Because there is a shortage of robust security controls in Hadoop.”

“Orchestrator data-in-motion encryption for Hadoop represents the next phase of Zettaset’s Big Data encryption technology initiative, which began with the release of data-at-rest encryption in late 2013,” said Jim Vogt, CEO of Zettaset.