This is a special guest piece written for the Computer Weekly Open Source Inside blog by Romanian technology journalist Andrada Fiscutean. As part of various roles in her homeland, Fiscutean works as news editor for PRO FM radio in Bucharest and covers Southeast Europe for a selection of other media channels. She has 17 years of experience working as a radio journalist and eight as a print & online reporter/editor covering science and technology.

When Bill Gates came to Romania, in 2007, the country’s president at that time told him that illegal copies of Windows have helped the nation become a software powerhouse. “Piracy (…) set off the development of the tech industry,” former Romanian president Traian Basescu told Bill Gates. The Microsoft chairman was speechless.

Back then, 70 percent of the country’s computers had at least one piece of illegal software. Now, the piracy rate is estimated at 60 percent, one of the highest in the European Union. The commercial value of illegal software accounted for €145m ($161m) last year. Pirated copies are used not only at home, but in the business and public sectors as well.

In the past two decades, the Romanian open source community has had quite a few initiatives to promote Linux throughout companies and the administration, open source enthusiast Petru Ratiu has said openly. “Inertia is so strong, so things are moving slowly,” he said.

Linux powers 3.66 percent of the desktop computers in Romania, according to StatCounter’s June 2016 data. Worldwide, this OS only has a 1.46 percent market share.

Romania, the second-poorest country in the European Union, could benefit even more from an operating system that’s free to use and reliable. The government could choose to adopt such software, instead of paying for it, said Ovidiu-Florin Bogdan, Kubuntu council member.

Free as in speech, not as in Romanian beer

Open source enthusiast Petru Ratiu stressed that although Linux might be cost-effective, it’s not completely free, as it implies payments like the ones associated with support and training. As for the administration, he emphasised the need for open data and open formats.

Both the public and the business sectors could capitalise on the open source talent pool Romania has. “There’s something outstanding published every week,” Ovidiu-Florin Bogdan, Kubuntu council member, said. 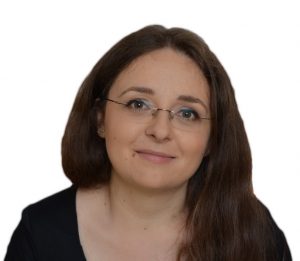 Fiscutean: Romanian techies are becoming more diverse and opening up to open source, but diffusion in the community still creates challenges

Romanian techies have been involved in diverse projects over the years, ranging from an upgradable and removable girlfriend written in Ruby, to more hard core Linux stuff such as GNU interactive tools, Mozilla’s console.mihai();, a PvPGN Server, and BBStatus, a traffic monitoring solution for network equipment using ICMP or SNMP.

There are also local distros, such as TFM Linux, a custom solution that powers the broadcasts of PRO FM, one of the main radio networks in the country. The same distro was used, until two years ago, by top TV network PRO TV for video streaming.

The Linux enthusiasts are, however, a diffused community, and most of their contributions to open source remain unknown. Some of the work is posted on GitHub, and has been gathered by Ionica Bizau, the Romanian with the highest rank on the repository hosting service.

“We’re the most anarchical community,” Petru Ratiu said. “Nobody wants to assume leadership and be the voice. The broad picture brings us closer, while the details pull us apart.”

The Linux guys meet at events such as Make Open Source Software or the annual Perl Conference YAPC::Europe, which will take place in Cluj-Napoca this summer. Next in line is, however, an informal weekend in Bran, where Dracula’s castle is located, scheduled between the 15th and 17th of July. There, they’ll grab a pint and talk about how Linux can make a stronger statement in Romania.

Almost all the get-togethers are spiced up with stories from the old Linux days: how they installed Slackware from floppy disks, or how pirates drilled holes in CDs and wrote a code to instruct the optical unit to avoid those sectors, in order to hinder others from further distributing the illegal software they sold.

During those times, Romania’s software community was even more anarchical than today. But that helped, they argue. “In the late 1990s, self-taught enthusiasts created LANs across neighbourhoods based on Linux servers, and pushed forward the development of the Internet infrastructure in Romania, one of the best in Europe,” Petru Ratiu said.

Back then, every techie wanted to try their hand at Red Hat or Slackware and later Ubuntu. “It was incredibly easy to find people hooked on Linux. Every apartment building had a sys admin,” Petru Ratiu said.

Romanian open source adoption, implementation and enterprise-level deployment is clearly a work in progress… but at least the work has started.