Compuware has been vocal recently on the subject of open source and its impact upon DevOps — (the confluence of both software application development and ‘operations’). 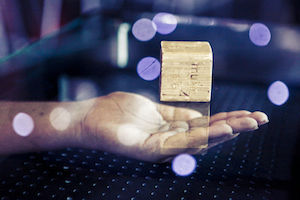 The firm suggests that open source can often creep in to organisations without central IT knowing i.e. as side projects outside of its purview.

Often driven by line of business (many big data projects are often actually spearheaded by LoB) — and this means that where many different projects are running, there is a lack of visibility and standardisation is almost impossible.

QED: many inefficiencies can appear.

Compuware believes there is a trend towards breaking the vertical functional silos (Dev, Ops, LoB, …) within organisation, as most (large) organisations are having to re-structure with ‘horizontal’ teams in order to work on a given business objective with stakeholders from each of the old silos.

In a way, this is ‘Agile’ for the enterprise, including Dev and Ops around a LoB value.

Unacceptable for applications to fail

“It is unacceptable for applications to fail now, they are customer-facing and people need to be able to use them to be productive. This means there have been a lot of additional reporting requirements put in and quality gates that developers need to pass through — which is good in terms of improving code and reducing the amount of fixes that have to be done in the field, but does slow things down and means developers are actually spending just a fifth of their time actually coding — this needs to be changed so that developer time is more productive,” said Wolfgang Gottesheim, technology strategist for Compuware.

The challenge now (suggests Compuware) is integration in the face of complexity i.e. developers need to be able to ensure that the code they are writing is optimised across the application delivery chain, not just for their environment at hand.

For example, if we have a distributed application that needs to call on the mainframe to complete transactions, we need to ensure that that application is written in a way that does not use up extra MIPS.

The firm insists that developers need end-to-end visibility so that they can understand how change and updates will impact across the application environment.

Is the ‘horizontal’ Agile LoB DevOps dream real yet? This debate is not over.