Have you ever wondered what ‘shape’ a software program might look like if it its entire codebase could be somehow digitally visualised into a 3D moveable ‘lifeform’ image? 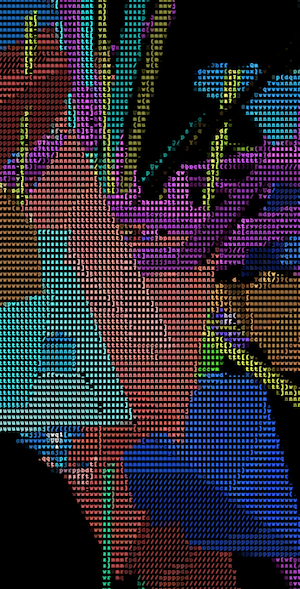 Of course you have, we’ve all been there.

Thankfully that’s why we now have Codeology — an open-source project that has been designed to bring life and art into the science of software application development and coding.

An algorithm analyses GitHub projects and creates unique organic forms based on the codebase size and language.

(Ed — I think that might the first truly justifiable time the word ‘unique’ has been used in technology writing.)

As no two pieces of code are alike, no two Codeology forms are alike.

Shape and colour represent an individual language with size being proportionate to how many characters of code were written,

The project has been created by Braintree, part of PayPal.

As you might expect (given its parent) Braintree builds products that make it easier for developers to integrate payments into their projects, enabling what it says is a ‘seamless commerce experience’ for customers like Uber, Airbnb and YPlan.

According to Braintree’s Jason Rozet, “Codeology is open source; it can be forked and modified. Visualized projects can be downloaded or shared as wallpapers and GIFs. We’d love to see your favourite projects come to life.”