There’s only one thing worse than an InfoGraphic… and that’s two InfoGraphics, usually. Usually too long to read or overloaded with too much tiny text, InfoGraphics are (arguably) typically laden with the kind of statistics that bear little relation to real world and aren’t a whole lot of use.

The exception that proves the rule

This being so, we should be naturally wary of the InfoGraphic in all its forms, obviously. However, the exception that proves the rule is the Operation Hadoop image shared recently by Pepperdata.

What does Pepperdata do? Pepperdata software’s Adaptive Performance Core product works to observe and reshape applications’ usage of CPU, RAM, network and disk, without user intervention, to ensure jobs complete on time.

The software is supposed to prevents bottlenecks in multi-tenant, multi-workload clusters so that many users and jobs can run reliably on a single cluster at maximum utilization.

The company naughtily suggests that we look at its most recent InfoGraphic which is filled with data from over 100 production Hadoop clusters. This study uncovered the most common and insidious symptoms of cluster flux that plague companies of all sizes.

According to the firm, “Pepperdata senses contention for CPU, memory, disk I/O, and network at run time and will automatically slow down low-priority tasks when needed to ensure that your high-priority jobs complete on time — without the need to isolate workloads on separate clusters.”

Just to make it more fun to look at, Pepperdata has presented the information in the form of the Hadoop elephant mocked up as the body from the children’s game ‘Operation‘.

So did we actually run an InfoGraphic? No not quite, just the fun part image below. 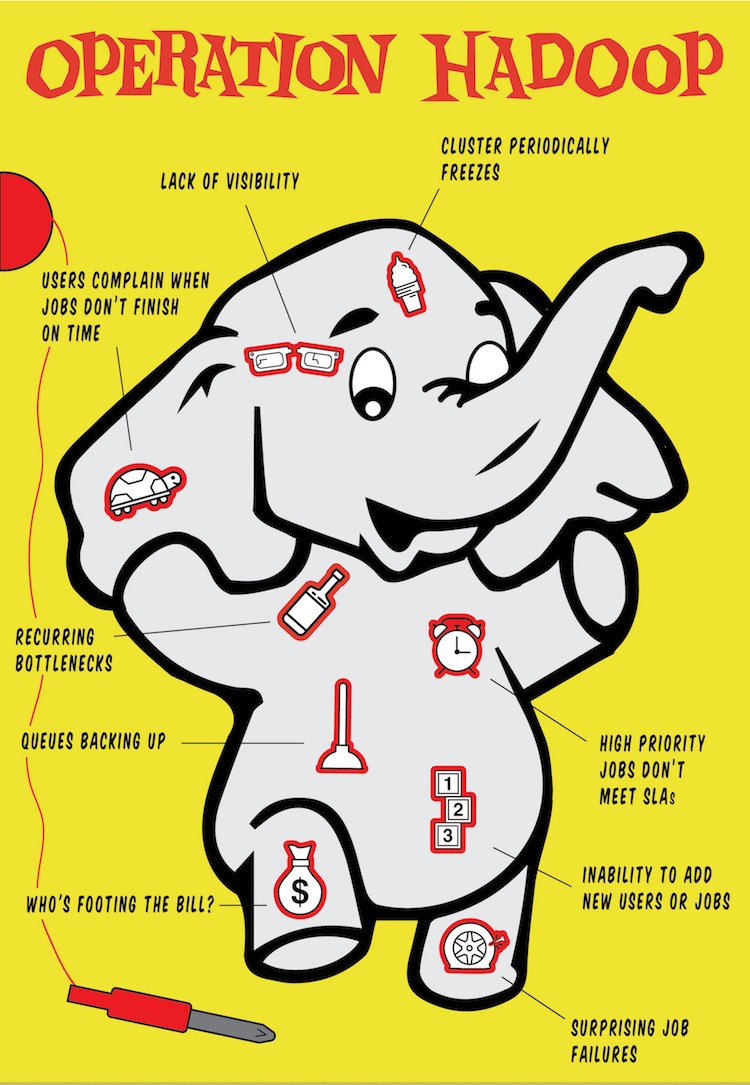