OSCON is staged this week in Portland, Oregon (as if there were another Portland), USA.

The event is one of the highest profile gatherings of open source software, architecture, frameworks and tools for software application development engineers. 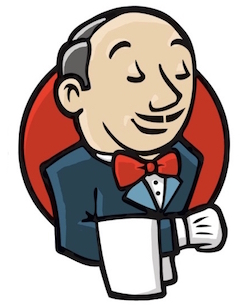 Jenkins CI is a piece of software (written in Java) that exists as an open-source ‘continuous integration’ server.

As a Google technology, Kubernetes is a software tool to manage Google-scale containerised application workloads in a cloud/clustered environment.

Kubernetes handles scheduling onto nodes in a compute cluster and actively manages workloads to ensure that their state matches the users’ declared intentions. Using the concepts of “labels” and “pods”, it groups the containers (which make up an application) into logical units for easy management and discovery.

Essentially, Kubernetes aims to provide orchestration and support services for teams to work with related (but distributed components) across varied infrastructures.

The ability to handle containerized applications so easily also (in theory) accelerates the adoption of Docker for the next generation of microservices-based applications.

“The strong integration that the Jenkins community previously delivered for Docker is not only useful for users but also provides a powerful foundation for other container technologies; that is how we delivered Kubernetes support quickly. The easy extensibility that Jenkins offers puts Jenkins ahead of the curve when it comes to support for the overall container ecosystem,” said Kohsuke Kawaguchi, Jenkins founder and CTO at CloudBees.

The specific plugins announced by the Jenkins CI community include the following: