Chef takes its automation for DevOps message onward this month with the launch of Habitat (Ed – no, not the homeware store), an open source project for ‘full application automation’, but what does that mean?

Full application automation in this sense is all about giving software applications the intelligence to self-organise and self-configure in an environment where they are independent of supporting infrastructure.

It’s a decoupling message we hear time and time again from open source mavericks like Chef to the big vendor strategies coming out of Microsoft i.e. let’s make the application logic transferrable across infrastructure environments… and ultimately across devices.

“We must free the application from its dependency on infrastructure to truly achieve the promise of DevOps. There is so much open source software to be written in the world and we’re very excited to release Habitat into the wild. We believe application-centric automation can give modern development teams what they really want — to build new apps, not muck around in the plumbing,” said Adam Jacob, co-founder and CTO, Chef.

Staying in quote-land, Joe Pynadath, GM/VP of EMEA is on the record saying things like ‘absolutely transformative, paradigm shift’ and ‘significant moment’ and ‘we’re a DevOps leader’ — so let’s spare ourselves too much of that.

Back in the gutsy weeds where we belong, Chef explains that the rationale for this product release comes from the fact that while we continue to see organisations succeed with DevOps, the complexity crisis that exists from an ongoing application management perspective continues to be a challenge.

Whether greenfield or legacy, any application that is deployed using a Habitat package has the intelligence to be aware of and react to its environment. Habitat is said to provide a well-defined interface that simplifies common tasks such as monitoring, safe deployment of new features and the creation of peer relationships that are required for production systems. 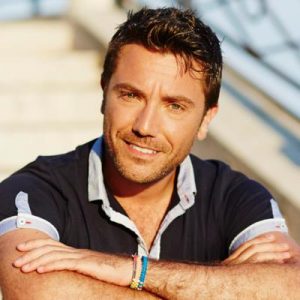 From a developer’s perspective, by wrapping applications in Habitat packages, application teams don’t have to worry about a particular runtime until they’re ready to deploy.

When applications are wrapped in a lightweight habitat’, the runtime environment, whether it is a container, bare metal, or PaaS, is no longer the focus and does not constrain the application.

Because Habitat flexibly handles the management of the application, teams are no longer responsible for creating their own management solutions over and over again.

As Tim Anderson notes on The Register, Habitat itself is written mostly in Rust, a systems programming language created by Mozilla.

The Habitat ecosystem also provides a build service that takes a Habitat build plan, creates the Habitat package and publishes it to a depot.