RunRev has announced a campaign to create an open source programming language targeted at school students.

The firm cites statistics which estimate that there will be more than 150,000 U.S. computer science jobs projected annually through to the year 2020 — but only 40,000 graduates with degrees in the field are entering the workforce every year.

NOTE: figures of this kind in the UK and other developed Western nations are generally reflected in the trends evidenced in the US.

With an open source edition available at no cost, RunRev hopes to support educators in readying students for the explosion in software and development opportunities.

Steven Whyte, computer science teacher at Gracemount High School, said, “Coding shouldn’t be a scary thing; it’s about getting students interested early on. When LiveCode came along, I was surprised by how easy it was to do that. The exciting thing is mobile app development, where students can put what they created on the computer onto their mobile devices.”

The reasons for encouraging open source programming environments are clear says the firm as it references what are admittedly US-based figures: Computer Science is the Only STEM (Science-Technology-Engineering- Mathematics) Field in Decline: In 2010, only 14,000 students took the AP computer science test (a US grade), compared to 195,000 taking the AP calculus test and 110,000 taking AP statistics. Yet 80% of all STEM jobs are projected to be in computer science and engineering according to the US Bureau of Labour Statistics.

RunRev CEO Kevin Miller said, “Countless researchers have studied the downward trend in computer science education over the past 10 years, but the question remains, what are we going to do to turn this around? With LiveCode moving to open source, we’re contributing to STEM computer science education, taking the complexity out of coding for high school students and removing financial barriers to learning. We commend organisations like The Khan Academy, Code.org, Microsoft and Google that also recognise the importance of introducing high school students — and younger — to programming. LiveCode is used in schools because it’s so easy to learn. That’s where we need to start.” 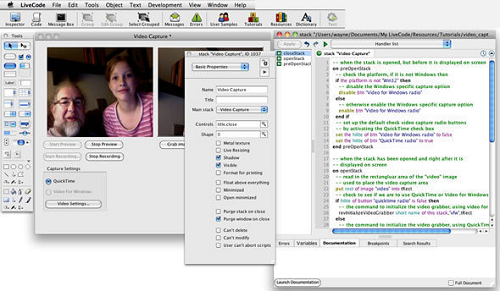