The Indian state of Kerala is known for its beautiful landscape, its cuisine and warm people, it comparatively high rate of literacy by Indian standards and, more recently, for its adoption of open source software at the governmental and school level.

Indian newspaper The Deccan Chronicle reports that the state has used open source and, specifically, Free and Open Source Software (FOSS) to power e-governance applications and also the school level through the I[email protected] programme.

Indeed, the state even operates an International Centre for Free and Open Source Software known as ICFOSS. Director of ICFOSS Mr. Satish Babu told the Deccan Chronicle that there is a move to make device drivers compatible with open source for e-governance applications.

Mr Babu also suggested that there is a “huge potential” for open source software to be deployed within the Indian film industry to serve its technical needs.

Could Bollywood be the next breeding ground for open source developmental excellence? 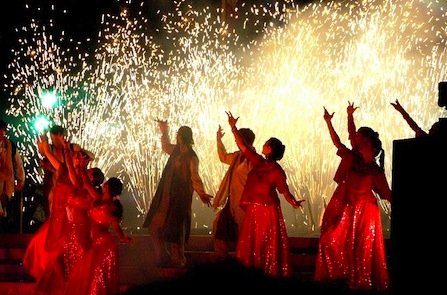 India has been estimated to have somewhere approaching 888,888 educational institutions and more than 350 million “children” and adolescents in the age group of 6-19.

As these individuals now become computer literate, some industry commentators have suggested that open source development is a means of India moving beyond outsourcing and raising itself from the bottom of the IT pyramid.

More power to them we say.