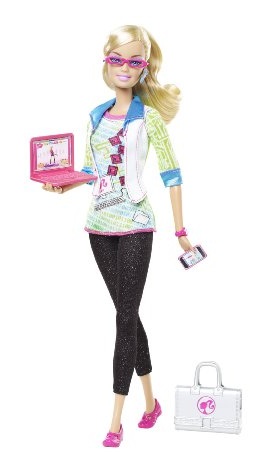 Barbie I Can Be Computer Engineer Doll is the latest model available in the Barbie collection.

The range was first started in 1959 by American businesswoman Ruth Handler.

Barbie has previously worked as both an astronaut and a racing car driver.

BBC on the Barbie trail

BBC News reports that Barbie’s latest occupation came about result of an online vote hosted by the doll’s, Mattel.

Barbie’s accompanying work cubicle for this edition of the doll is decked out with all of her favourite tech industry posters and paraphernalia — among which we can see Tux the penguin proudly displayed as the Linux mascot.

The word from Barbie

“I considered carefully what kind of message I was sending out when I decorated my cubicle for the next season,” said Barbie.

She added, “I thought — well, do I really want to advocate the use of more proprietary operating systems when we live in a world of loosely de-coupled serviced based computing that very often champions a more inherently open OS from ground zero? Plus, Tux is cute so what can I do?” 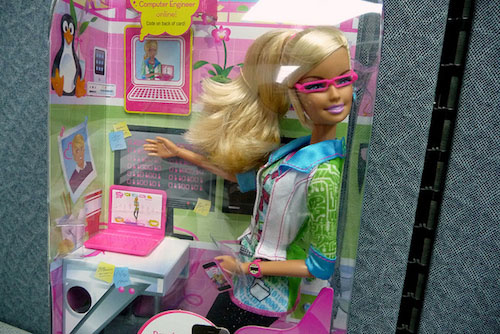