Software needs to go to the bathroom and make sure it has a clean and open backend.

This is the mandate and call to arms now being laid down by open source document-oriented data model database company MongoDB.

As already reported here on Computer Weekly, MongoDB has this month staged its annual developer-centric conference and exhibition in the grand city of Chicago, Illonois.

This notion of a clean and open backend of course refers to our wider understanding of Backend-as-a-Service (BaaS) and the work that goes on below the front end logic of the application (i.e. on the device and around the User Interface) deep down in the backend… now very often in the cloud datacentre.

Given that devices are now running applications that rely on such a high degree of backend engine/boiler room guts (often referred to as boilerplate coding), MongoDB has insisted that this backend must be both clean and open so that the application itself can safely rely on the required degree of backend plumbing, which will typically include tasks connected to the management, storage and retrieval of data.

The firm’s latest product release is called MongoDB Stitch, this (claim the developers at MongoDB) is a software ablution revolution that will help orchestrate commonly used application services including authentication and also service areas such as payments and messaging etc.

MongoDB Stitch is indeed a Backend-as-a-Service (BaaS) that provides a single API to the database and the services that modern applications depend on. The firm says that this helps developers focus on delivering the user experience rather than focusing on operations or writing boilerplate/backend code.

As MongoDB co-founder and CTO Eliot Horowitz explains, things have massively improved for software application developers on the one hand i.e. application services now exist as ‘commodity components’ that can be engineered into modern applications far more quickly.

The difficulty is that the very existence of these services means that there is still a ‘drudgery’ involved in terms of tying those services together, implementing tricky but essential access control and indeed managing the data that those services interact with.

It’s a dirty job but someone has to do it says MongoDB… and this is what Stitch sets out to do with a promise to allow coders to focus on creating higher-value differentiated applications (with more features) more quickly.

“MongoDB Stitch retains the full power and scalability of MongoDB – whether using your existing database or starting from scratch. Initially available with new or existing MongoDB Atlas clusters, MongoDB Stitch will expand to support any MongoDB database,” said the firm, in a press statement.

This new offering also claims to simplifies security and privacy through configurable data access controls and integration with authentication providers. It presents a single API to the MongoDB database and the other services that modern applications depend on, without locking developers into services from a single vendor.

Should we buy MongoDB’s mantra here then? Should we accept that modern software applications just have to depend on the NoSQL dynamic schema world of the MongoDB boys and girls? Is there really a humongous shift underway here?

Commentators suggest that yes, developers really do want things this way and that reliance on relational databases (which is obviously still prevalent and widespread) is often down to the existing skillset that developers (and the DevOps and operations teams they work in) have as of 2017.

“Developers today want platforms that maximise convenience and minimise back end coding, with managed services for functions like user-based access,” said James Governor, analyst and co-founder of RedMonk. “MongoDB Stitch is a backend as a service platform designed to make it easier than ever for developers to build rich and secure apps.”

Yes this is just one side of the story and the relational converts will still have their say… but the days of the canonical (single source of truth) database could be numbered in a world of changing devices and changing polymorphic data forms. 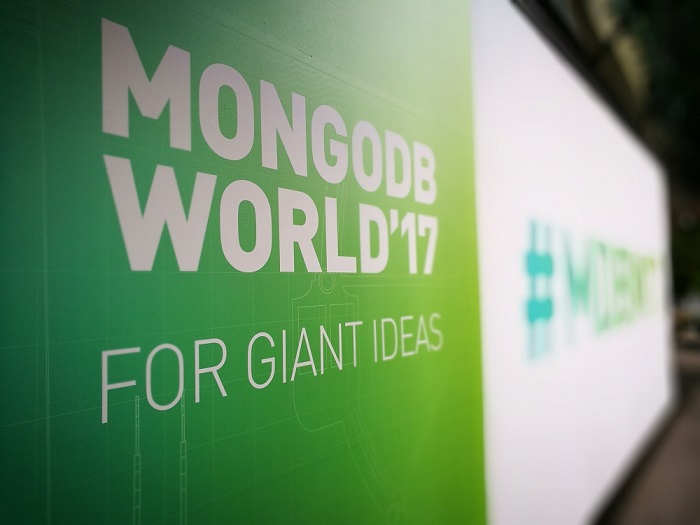