Cambridge based ARM continues to be one of the UK’s top success stories it seems. The company describes itself as the “world’s leading semiconductor intellectual property (IP) supplier” and has certainly carried forward the UK’s ability to sell “services” (rather than goods) in recent times.

This week the company has announced its ARM Development Studio 5 (DS-5) Community Edition (CE), a free-to-use software development toolkit (SDK) that has been “dedicated” to the Android application developer community.

ARM claims that this latest programmer tool has been engineered to help create native software that can run up to four times faster than Java code.

The crux of this story rests on ARM’s intention to guide developers towards the “performance and energy-efficiency advantages” made possible when ARM native code is used in Android applications.

A key element of this new SDK is a “tailored version” of the ARM Streamline Performance Analyzer for use with compatible Android development platforms.

Streamline is a branded technology in its own right — it is designed to capture “system-wide performance statistics” from a variety of sources, which helps developers to locate hotspots in their code and isolate potential causes.

“With over half a million apps on the Android market today, developers need to deliver an outstanding user experience to succeed commercially,” said John Cornish, executive vice president and general manager, system design division, ARM. “ARM DS-5 Community Edition offers developers an easy to use environment for debugging and optimizing C/C++ code. This allows them to take full advantage of ARM processor technology using native code to deliver the performance and functionality that consumers demand.” 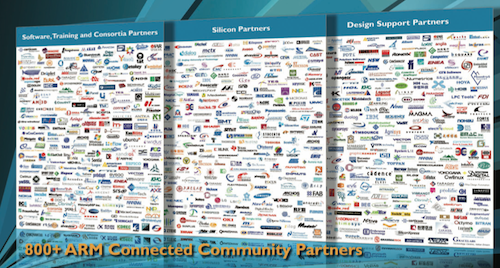