In the shadow of dark industry mutterings relating to the firm’s wider position in the mobile device market, there are healthy sections of the RIM technology stack garnering interest from developers and users alike.

Built with true cross platform support, this platform offering is intended to allow users to get the same experiences available on Android and iOS devices, but on the BlackBerry platform…

… actually, it’s the other way around. These are BlackBerry games that will be supported on other platforms.

Essentially this is RIM saying that it has listened to developers and produced a 3D game engine with “code once and deploy everywhere” functionality.

BlackBerry Developer Blog blogger Sean Paul Taylor says that his vision and goal with Gameplay is to contribute and share outwardly his firm’s “expert knowledge” of advanced graphics and game technologies. 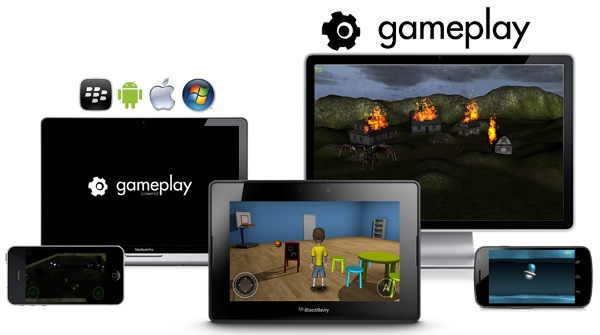 “The gameplay project is a contribution that is directly targeting the indie game developer ecosystem. We realise developers want to easily target as many platforms as they can to monetise and we want to help you do this… If you are familiar with other popular open-source 2D game engines like cocos2d-x and now want a high-quality 3D solution, then gameplay might be exactly what you are looking for,” writes Taylor.