In December diamond mining company De Beers and IT firm Atos Origin were in a UK court battling over a failed £2.9m contract for a supply chain management system.

The battle offers lessons for IT service providers and their customers.

“A refusal to perform may repudiate the contract.

In a judgment delivered in December 2010, the English Technology and Construction Court ruled on a failed contract for the provision of a supply-chain management system by Atos Origin to De Beers.  The judgment deals with some of the critical issues relevant to IT contracting, including the scope and management of IT contracts, and how such contracts may be terminated if the relationship breaks down.

Atos had been contracted in November 2007 to deliver the system to De Beers. It was a fixed-price, £2.9 million contract and the parties agreed they would use an iterative, “agile” method for developing the software – a method that requires both parties to work very closely together, sharing information and ideas, and testing each stage of development. De Beers needed the system by mid-200 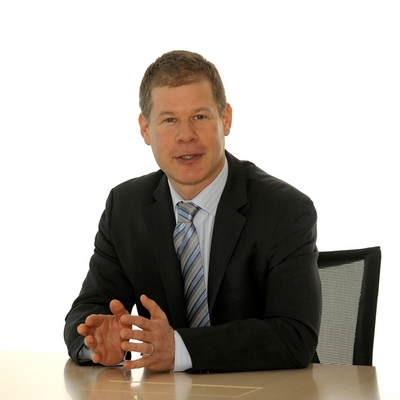 In short, the contract did not progress well.  Although the contract had been preceded by an initiation and analysis period, Atos had struggled to understand the complexity of De Beers’ requirements, and the contract fell behind schedule.  Whilst these were not all Atos’s fault – for example, the judge made clear that he thought that the delays were at least in part caused by De Beers changing the scope of the project – as a result of these issues, De Beers decided to withhold a key milestone payment.

In response, however, Atos threatened to stop providing any services unless the contract was renegotiated to reflect the increased scope, and the outstanding payments were made.  As De Beers was not willing to renegotiate the contract or pay the moneys due to Atos, Atos’s project staff suspended work and handed in their security passes.  Thereafter, no further work was performed by Atos on the project.

Both parties claimed that the other had repudiated the contract.  That is, they both thought the other had, by their actions and stated intentions, breached the contract by indicating that they did not want to be bound by it. Repudiation entitles the innocent party to treat the party as discharged and sue for damages.

Although the judge thought that De Beers had not been entitled to withhold payments, this fell far short of amounting to repudiation. However, the Judge did find that Atos had, by its actions in suspending work, wrongfully repudiated the contract as, although they were willing to complete the project, they had made it clear this was conditional on the contract being renegotiated. In other words, they were only prepared to work on their own terms.

It is worth noting that the Court found that Atos did in fact have a right under the contract to suspend work for the failure by De Beers to pay.  However, the manner in which Atos had communicated its desire to suspend services unless the contract was re-negotiated meant that they were clearly unwilling to continue with the existing contract – and therefore they were not seeking to exercise their existing contractual rights.

The Judge was highly critical of both parties’ conduct.  De Beers had failed to provide senior staff with sufficient time commitment to Atos and changed the scope of the project.  Atos failed to appreciate the complexity of the project and did not appear to commit sufficient experienced staff to the project.  The agile process for developing the software was also highly dependent on De Beers being fully co-operative, as well as understanding what it was that they would be doing.

Moreover, detailed, enforceable, and actively managed obligations of support and co-operation from the customer are essential whenever project performance depends in part on customer personnel participation.  In circumstances where the customer is not providing support in accordance with the contract, this needs to be stated clearly and the customer reminded of their contractual obligations.

Lessons for Customers.
For customers, although it often appears attractive to try to transfer to the supplier the risk of understanding the complexities of the customer’s business, it is often incredibly difficult for the supplier to fulfil this requirement, and any failure to do so can result in major problems for both parties.

In this case, De Beers suspected from the beginning that Atos had underestimated its requirements and they should have been more proactive in mitigating the risks of this gap in understanding.  De Beers relied instead on what has become a frequent practice in IT and outsourcing contracts: letting the supplier fail even though the customer sees the failure coming, rather than trying to prevent such failure by providing greater support.”