According to the survey of IT professionals I have been blogging about for the last week, the reality of offshoring’s impact on the UK IT profession is clear.

The survey put together by reader, Matt, has revealed a great deal.

There is a strong correlation if you look at the graphs below.

The amount of businesses that have made over 100 IT workers redundant and offshored over 100 is similar.

But the number of businesses making over 100 IT workers redundant and offshoring over 100 are significant.

The survey asked: How many IT jobs has your organisation lost in the last 2 years? 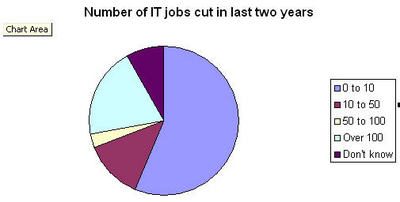 The survey asked: How many IT jobs has your organisation moved offshore in the last 2 years? 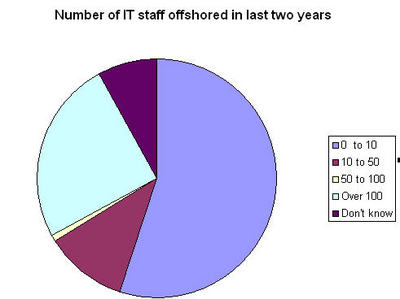