There may not be many greenfield sites for IT outsourcing at banks but there is plenty of space for more. Nationwide building society is an example of a bank that was late to the outsourcing table, coming to it in 2008, but now a major user of outsourcers including heavy use of Indian services.  But these are few and far between. Most have heavily outsourced for mush longer.

But that doesn’t mean there is not much IT outsourcing to come.

In this blog post, following news that French bank Socgen was outsourcing 400 back office roles, I asked for opinions on how far UK banks can go with their outsourcing.

I got the reply below from John Enstone, partner specialising in IT, outsourcing and commercial projects at the law firm Faegre Baker Daniels.

How much more can be outsourced at UK banks? 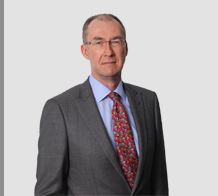 “The simple answer is ‘quite a bit’.  After all, the conventional wisdom is that whatever is outside the core of a company’s business may well be effectively outsourced.

The complexity comes in the negotiation, oversight and operation of that outsourcing.  Where cost reduction is a bank’s main motivation, the immediate concerns become reliability and responsibility.

So to some the question becomes: “Just how much more can be outsourced at UK banks without, at a minimum, triggering a reduction in quality and compliance?”

Suppliers are well acquainted with the pressure to discount that banks exert, as well as the attraction of the (sometimes elusive) benefits that a really large contract with a major company can bring. And banks, for their part, are familiar with the pressures to be profitable and to meet increasing regulatory and other demands.

What should we make of the temptation companies encounter to accept the benefit of lower costs now knowing that the business will bear higher costs later – a potential result of outsourcing? This sounds a little like the investments that some financial institutions offer the public where the overall returns may in fact be lower than expected.

Based on the more readily severable nature of the service, IT outsourcing may seem straightforward compared to, say, HR or accounting and finance.  The latter, after all, not only require that people talk to people but also are characterised by performance metrics the setting and evaluation of which are more art than science.

The solution, illusory as it may at times seem, is to ensure that as more and more functions are outsourced, banks and suppliers achieve a more effective balance between cost reduction (judged at least over the medium term) and performance definition and quality.  The more difficult it is to specify what and how an outsourced service will be provided, the more focus there should be on getting it right.

The more subjective the resultant performance criteria, the harder it will be for banks to recover damages from their suppliers.  It simply isn’t enough to have the contractual right to extract Draconian compensation. Words are no substitute for actions: both sides need not only to commit to working together in good faith – many contracts tell a good story on this score- but also be content actually doing so.

Banks should comply – and be seen to comply – with public expectations and regulatory requirements, while avoiding the temptation to wring the last pound of savings out of suppliers. Putting suppliers under that kind of pressure leads to their cutting corners that ultimately damage the banks and their reputations.  Getting the balance right will make more functions capable of being effectively outsourced.”

Matt X - 28 Nov 2012 5:20 AM
RBS? UBS? For a smart guy, I'm not sure John's been keeping up with the risks associated with offshoring/outsourcing IT functions. By now it should be clear to anybody that "no IT" = "no functioning bank". I'd say that makes IT a "core" concern for any bank.

"IT outsourcing may seem straightforward compared to, say, HR or accounting and finance. The latter, after all, not only require that people talk to people..."

This demonstrates complete ignorance of the role IT plays in a business. Many of the problems with outsourced/offshored IT boil down to communications problems: people need to be able to talk to people in IT as much as in accounting.