You don’t see graphs like this one too often in the IT industry, but the PC market is on its way out by the looks of it. The advent of alternatives in the shape of tablets is reducing sales of PCs at an alarming rate. 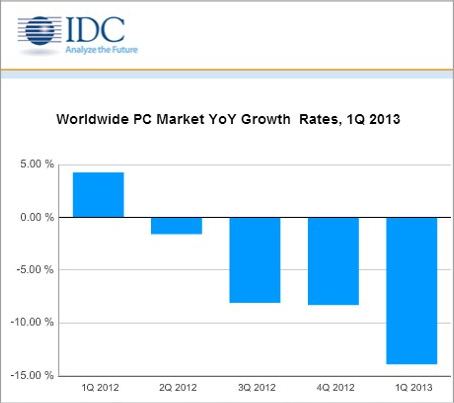 The IT services sector on the other hand goes from strength to strength and, in comparison to some PC makers, it has been quick to reinvent itself in the face of new technologies such as the cloud.

Gartner revealed some research that looked at how IT sourcing executives will have to change their approaches in the light of Generation Y becoming 75% of the working population.

One of the interesting things is that Generation Y prefers to buy IT rather than build it. This means more outsourcing.