I was sent this blog post by William Dvorak and Michael Raybman who are founders
of Deterministic Labs, which helps companies big and small  outsource software development effectively. 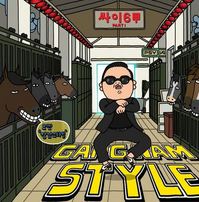 By William Dvorak and Michael Raybman

“Gangnam Style, a successful offshore project that took the American market by storm, reveals valuable lessons in outsourcing and technical project management. It successfully bridged cultural barriers, on a budget well below that of high-rolling Hollywood productions. With the universal language of music, unmistakable moves, and not a single trip to LA, it found success.

Where Gangnam was successful in its implementation, many software project managers are still in search of the perfect remote method. Technology now meets the needs of a distributed workforce: Korean musicians have sound studios and Polish engineers have Git. The problem, however, is that software builders do not take full advantage of these tools.

Conversational language is not as important as the language of your industry, be that music or code.

Business managers from the US mistakenly assume they can manage a global technical team simply by explaining the business requirements to them. However, knowledge of the business goals does not always translate to effective technical specification, a problem exacerbated by language and cultural barriers.

This problem is best mitigated by a technical expert based in the US, who can bridge the gap between the management team and each developer. Such a person is able to communicate with developers partly in English, partly in Code. He can both internalize the value proposition from the Company and execute a Git pull request with ease. Unlike a traditional project manager, he needs to be deeply familiar with the technologies being used, with an emphasis on remote development tools like Vagrant.

Even a child can repeat the moves of Gangnam Style

Simplicity is key in getting others to follow, on the dance floor or in a software goal.

Formulaic micro-tasks allow for fast onboarding and immediate contribution.  Each task should be modular, requiring a limited skill set. These tasks can then be distributed to different geographies most capable of the skill.  For example, the Ukraine is famed for its sharp algorithm developers, and Indonesia is home to many creative designers.

Specifications for similar tasks should be written from a single template. Upon completion, the instructions can be iteratively improved or reused by old and new developers. Similar to code refactoring, templates allow for abstracting details of individual tasks when making general improvements to workflow.