So, for Xmas you begged your Santa to buy you an iPad “I’ll have so much fun! I’ll learn loads and my whole life will be so much better!” and so after making sure ou weren’t on the naughty list, he gave in.

Now a few months have gone by and now the iPad 2 has been released. So what can you say that will to Santa to give you an early present? Nothing really cos it’s way too early and Santa doesn’t exist but the differences between the iPad and iPad 2 are subtle but great.

The first thing is the fact that the iPad 2 has front and rear facing cameras. This doesn’t just mean you can record video and take pictures, this also means you can have yourself some ‘FaceTime’, edit videos using iMovie and apps will be able to use the camera function in teh same way that the iPhone does.

This is a massive difference. The dual core chip will mean it can handle apps that are pretty much full blown Mac programs, like iMovie and Garageband. 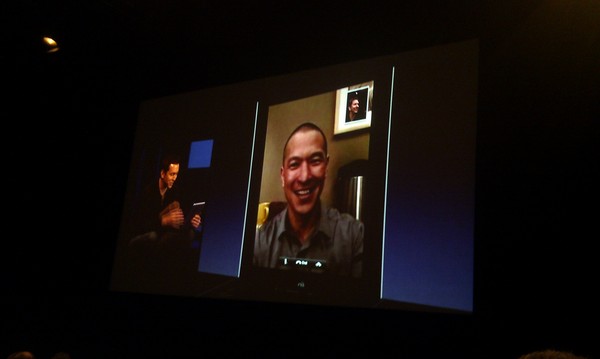 It will also mean that the iPad 2 will be able to handle much more advanced games and more apps at the same time.

This, again, is a biggie. I struggled to hold the first iPad for a long time with most people resting it somewhere.

The iPad 2 is incredibly slim, I mean it’s unbelievable that they managed to improve in so many areas and yet they still managed to cram it into such a tiny package. A full 5mm slimmer than the iPad.

The fact that the original iPad was missing a gyroscope was a huge surprise, this will make games and apps much better.

So there you have it, if you want a tablet and didn’t jump in and get an iPad then look no further than the iPad 2.

If you bought an iPad then either fork out for something more useful (iPad 2) or try selling the iPad to someone that has no idea about gadgets!!