3D printing specialist XYZ is experimenting with uses for its printing technology, starting with the potential to print food 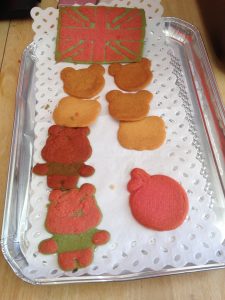 ekly has dabbled in the realms of 3D printing before, when the Inspect-a-gadget team attempted to use a do-it-yourself 3D printer with no previous training.

It led to a debate about the uses for 3D printing, which in particular industries has proven to increase efficiency.

For example in manufacturing 3D printing is often used for rapid prototyping, and in healthcare has been successfully used for personalised orthotics.

But in the home, we could think of very little use for these nifty machine beside making flower-pots, desk tidies and bodged plastic messes.

XYZ, a company specialising in plug-and-play entry level 3D printing devices has been trying to make the space more creative and accessible for people in their homes.

Upon arrival at the food printer demo, I was greeted by a tray of what looked like Union Flags made from icing.

I realised these were biscuits pre-oven – the batter piped by a 3D printer into the shape of a flag using different coloured batters.

The food that is fed into the printer is pre-mixed and inserted into tubes, before being 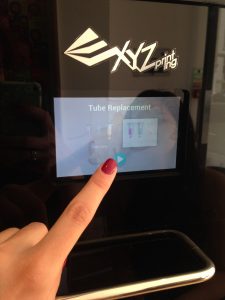 lo
aded into the printer – a food-based printer cartridge if you will.

Similarly to a 3D printer the food, be it a batter, paste or pate, is drawn on to a palate using lines which build up to make a pattern, governed by an STL file.

These files can be selected from a USB stick the printer’s touch screen, and many of the ones used on the day were downloaded from the internet and sliced using software that comes with the printer, designed specifically to prep 3D printing files.

Once the food is printed it can be removed and cooked in the shape of whatever it came out of the printer looking like. 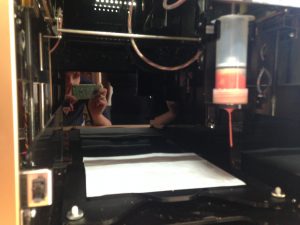 So why is XYZ looking into printing food?

I spoke to one of their experts at the demo who said there could be a lot of potential for these appliances in the future, at home or in the culinary industry.

Once the technology is more advanced it could be used to help elderly people who find it hard to cook to develop meals, or to print ready meals that are more personalised to individuals.

As technology begins to disrupt many of the industries around us, time becomes a defining business factor, and devices such as this could save time in mass food production for foods such as biscuits or canapés. 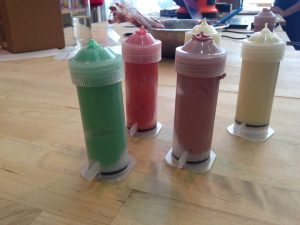 ters retail at around £199, making them affordable for the domestic market, so who would want a device in their kitchen which could print the perfect cookie?

I tried one of the biscuits, and it wasn’t too bad. It wasn’t the greatest biscuit in the world, but that could well have been down to the batter rather than the printer.

Could these printers become part of our foodie futures? It’s definitely a concept that is being talked about at tech shows worldwide, so who knows. Soon all biscuits, chocolates, pizza and snacks could be printed rather than baked.