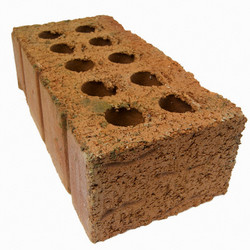 As phones and mobile devices become more complex, they also become more diverse. Some are great for calls, others better as PDAs. Some are aimed at flighty youth, full of social media features, others at business users with Exchange integration and push email.
But one thing unites this new wave of smarter mobile device. The fear that if you bodge a system update, you could end up with an aluminum and plastic brick.
I can’t be the sole bloke who holds his breath as an Android upgrade installs or iOS gets a point revision. I can’t be the only man who feels compelled to pick up his phone and stare at it, shake it, ineffectually will it to restart when the screen goes inexplicably black or hangs on some mysterious icon, for ten, fifteen or thirty minutes at a time.
At least with Windows PC or Mac updates there’s a clear process to follow when things go wrong. You roll back using system recovery or TimeMachine. At worst, you reinstall from your system disks.
But when a phone borks during an update, for whatever reason, you find yourself Googling frantically for arcane solutions. To discover, perhaps, that you’ve inadvertently wiped the ROM or transformed your jailbroken iPhone into an expensive paperweight. And to reset the device, you need to take out and wipe the SD card during a lunar eclipse, while chanting the first names of Steve Job’s children and slapping yourself with a bunch of burning sage.
I jest of course. There are usually ways to get around botched system upgrades. A hardware reset or recovery process. But, these things are rarely simple and often peculiar to the device you’re holding. And the devices themselves aren’t cheap any more. Truly brick a high end smartphone and you’ll be out of pocket to the tune of five or six hundred quid. That’s, like, fifty Meat Supreme pizzas. With extra chili.
Of course, the likelihood of this happening is slim. Updates are tested rigorously before going live. It’s rare that a regularly scheduled upgrade will do anything other than upgrade your phone. Except, of course, things do go wrong with mobile devices – as many iPhone users discovered yesterday morning. Although the clocks went back on Sunday night, Daylight Savings Time failed to register with the built in alarm clock in iOS, meaning  thousands of folks got up for work an hour late.
Whoops.
Apple users: not so ahead of the curve now, are you?
People rely on their mobile devices. If yours goes bye-bye, how will you check your train times or call to confirm that meeting? How will you ring your spouse from the pub, pretending to be stuck at work? For the love of creation, how will you play Angry Birds?
Ladies and gentlemen, the anxiety is real. So, I want to put out a plea to developers of mobile operating systems of all stripes.
You know how on desktop platforms developers use progress bars to show how far into an installation process you are? Yeah. Do that. How difficult would that be, huh?
That way, the next time I’m updating a mobile device – either one I own or one that’s been loaned to me that that I wouldn’t be able afford unless I stole a child and sold it into slavery – I’ll be able to tell how far into the upgrade I really am.
Until, of course, it hangs on “48%” for two days.
SearchCIO
SearchSecurity
SearchNetworking
SearchDataCenter
SearchDataManagement
Close