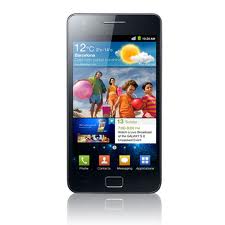 The Samsung Galaxy S was one of the biggest and best phones of 2010 and showed that there are real alternatives to the iPhone.

So here we have the hotly anticipated Samsung Galaxy S 2 which has been packed with the best features you could ask for in a smartphone.

This is the saddest part of this review. While the phone doesn’t look bad, Samsung for some reason feels they need to copy Apple’s products almost exactly, so much so that Apple has decided to sue them for it.

This would be fine if their devices were inferior and they were targeting fanboys without any cash but the Galaxy S 2 is a high end phone that gives the iPhone a real run for it’s money, not a cheap wannabe.

As you’ll see in the picture, the main difference is the fact that the home button is a rectangle as oppose to the iPhone’s circle. Otherwise, physically, it’s kind of difficult to tell them apart.

Samsung did this with the original Galaxy S resembling the iPhone 3GS and the Galaxy Ace looking identical to the iPhone 4 too. More so than the Galaxy S 2.

Having said that, I think this phone looks really cool. About as cool as the iPhone 4 but nevertheless still a good looking phone. 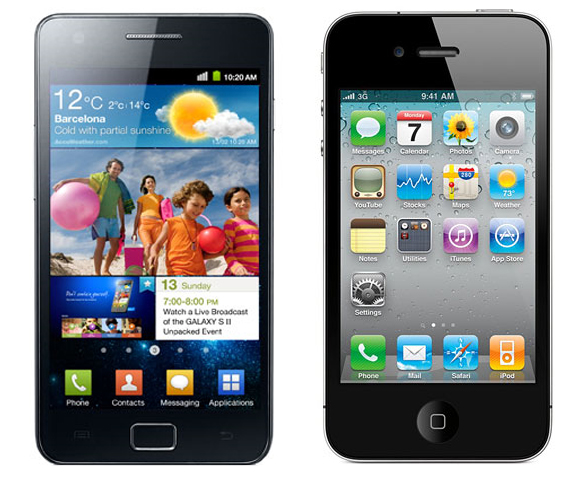 In a word, gorgeous. The screen is Super AMOLED plus which is bright, vibrant and clear. The original Galaxy S had a Super AMOLED screen which was fantastic too but the ‘Plus’ that’s been added helps you look at the screen in direct sunlight and generally looks sharper.

This screen might be the best on the market. The resolution might not be as good as the iPhone 4’s retina display but it’s certainly more of a feast for the eyes.

Pictures jump out at you and anything colourful looks like it’s been given the once over by Disney.

Measuring at 4.3 inches, it’s big but not too big. Perfect in fact. Browsing is a joy as this may be the perfect size for a smartphone.

Put simply the Galaxy S 2 will run on the latest version of Android 2.3.3 Gingerbread. That coupled with the fastest processor on the market and you’ve got one hell of a speedy phone.

Web browsing is an absolute joy with nearly every website appearing in it’s entirety as well as loading very quickly.

The keyboard has got a nice upgrade with the top row of keys on the on-screen keyboard now includes numbers, so you can access them with a long press.

Also, if you hold down the number key you can type numbers in, a bit like you would hold down shift on a keyboard.

Gingerbread also gives games gyroscope support meaning you’ll get better motion-controlled games on Android similar to those on the iPhone.

Samsung’s Android skin ‘Touchwiz’ is good but still not as good as HTC’s Sense which keeps improving. It’s still one of the better versions of Android and if you really wanted to ignore it then you it’s as easy as not adding the widgets to your home screen.

I’m not going to go through what each widget does but let’s just say that there are widgets for social media, your diary etc. All of which are good but you can probably get better free ones in Android Market. 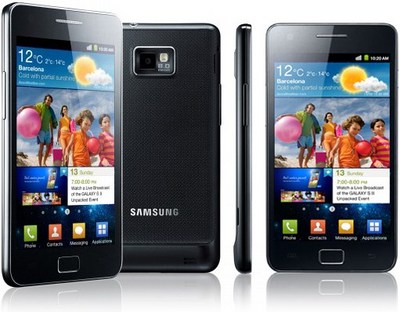 The Galaxy S 2 will be one of the most powerful phones on the market, well in the US and UK anyway. US and UK regions will be receiving a better variant of this phone which feature a better 1.2Ghz Exynos 4210 chip and Super AMOLED plus display, while other regions will be receiving a variant which features a 1Ghz Tegra 2 chip and a super clear LCD display.

You’ll struggle to find a more powerful phone on the market. The iPhone 4 might be as good and the LG Optimus 2X is a definite third but otherwise most phones are single core.

So what does this mean? Well, it’s quicker. It’ll process information faster so games and apps will be fly.

You’ll have better quality apps available for it too.

As with everything in this phone, Smasung have gone for the maximum capacity. A great rear-facing 8 megapixel camera to snap with and a 2MP front-facing camera for quality video calling. This compares to the iPhone 4’s poor VGA camera.

Samsung have also added some really neat features that make the camera fun such as the different shots available:

It has 1080p video capture and supports 1080p HD video playback at 30 frames per second which is as smooth as silk. I watched the trailer to Suckerpunch and it looked a-mazing. Especially on that beautiful 4.3 inch Super AMOLED plus screen *drools*

While the Galaxy S 2 has a li-ion 1650mAh battery which would be massive for most phones, this phone desperately needs as much juice as it can get due to the two things that make this phone great: the powerful processor and the amazing screen.

There are phones, such as some of Motorola’s offerings, that will come packed with a lithium 1930 mAh battery which will obviously last longer.

So what does the battery life amount to? Well, the standby time of this battery is 250 hours and talk-time is 9 hours. It sounds good but I haven’t been able to properly test this out. I believe it’ll struggle to get to those dizzy heights and will probably need a charge every night. 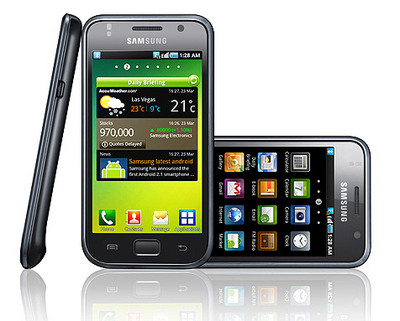 The Galaxy S 2 comes with either 16GB or 32GB internal storage with a microSD card slot too. This is ample and compares with the iPhone 4, even bettering it due to the extra external capacity of the microSD slot.

This is top of the range stuff with NFC only available on a couple of handsets including the Nexus S (also made by Samsung).

4G support will apply to the US and the rest of the world as it’s still not available in the UK.

But this is cutting edge stuff, Bluetooth 3.0 is thrown in too!

And that’s really what makes the Samsung Galaxy S 2 the phone it is. Cutting edge.

You want the most powerful phone on the market in pretty much every department? This is it.

Samsung have spared no expenses from the most powerful processor they could find to the best screen on the market and every type of connection available.

This phone is top of the range. The latest Android, an 8mp camera, 1080p capture, 32GB internal storage and a microSD slot and so on!

Absolutely relentless. The phone is a joy to use and you really feel that there is so much potential there. The original Galaxy S took us into light speed but the Galaxy S 2 takes the smartphone market into warp speed, literally and metaphorically.