The Wall Street Journal has claimed Sony will fight Apple this year in the tablet and mobile gaming markets through the PSPhone (not the real name, probably).

Sony’s online service, to be launched later this year, will provide content like videos and music but will also include downloadable PSP games. I guess it’ll have mostly older games for the phone.

I haven’t heard anything about pricing etc. but they’ll have to be competitive with Apple. Sony are far behind in the smartphone stakes and the PSP has fallen way behind Nintendo so putting them together, and quickly before the Nintendo phone and the next iPhone, could put them back in with a shout.

The patent for the phone was filed back in 2006 and features a touchscreen with haptic feedback.

It’s a phone on one side and a PSP on the other. I’m not sure if that’s the best way to go to be honest but it’ll be interesting to see in reality. If I designed it I would’ve gone for a large touch-screen and do away with any dial pads etc. The iPhone doesn’t have a dial pad so I’m guessing this won’t either. 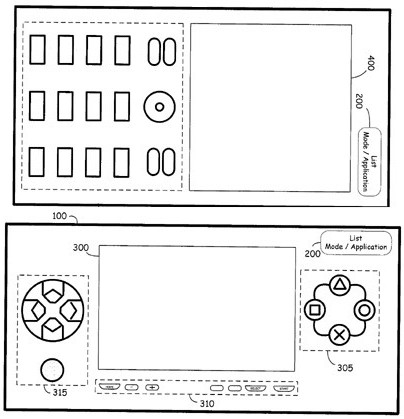