Back off my break. Which, if truth be told, was more like a busman’s holiday – writing, writing, writing – just not about gadgets… Enough about me though. Back to the matter at hand. Expensive electronic devices. 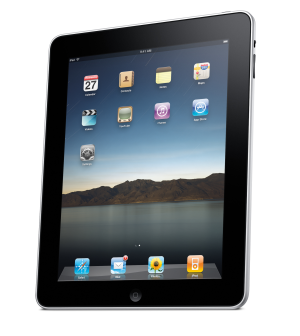 So, the iPad’s out in the states and the reviews are coming in. And, boy, is it ever polarising people. People either seem to love it or hate it. Don’t get me wrong, I’m no Apple fan boy. And if I’m going to buy an iPad – which I will at some point – it won’t be this year. Apple’s third generation of a device is always the best place to step on board. But, people don’t seem to “get” the iPad. That means, in turn, that they don’t really “get” the next generation of tablets. And there are four things reviewers persistently get wrong:
1. “The iPad doesn’t fit anywhere. It’s not powerful enough to replace your netbook, and too cumbersome to replace your smart phone”.
Well – der. Apple actually announced that the iPad was meant to fill a new space; be a consumer device that would, quote, “create and define an entirely new category of devices”. If you’re going to compare the iPad to anything, your smart phone or netbook aren’t the jumping off points. Your Nintendo DS is. Your Kindle is. These are consumer devices designed to fit niche needs. The difference is, the app paradigm enables the iPad to meet multiple needs within mobile niches. Gaming, reading, scheduling, web browsing… That’s what it’s for. Not typing reports or filling in spreadsheets…
2. Apple should make it more powerful so it can replace a netbook.
Over time, we’re sure that tablets (including the iPad) will become more powerful – but as a consequence of natural evolution and competition. And, there are competitors ready with more computer-like tablets right now. So, here’s a bit of advice for those who want a more powerful iPad. Don’t buy one. Buy something else and shut your face. The iPad isn’t aimed at you.
3. The iPad is retrograde. It’s aimed at consumers. We’re all content producers now.
Er… who’s this we? Only 25.6% of the world’s population uses the Internet. Really. Of that 25.6%, how many of those are regularly blogging or making videos or mixing banging mash-ups? Most of the content publishing behaviour indulged in by the Internet masses is no more complex than uploading the odd picture to Flickr or updating status messages on Facebook. And, anyway, if you’re going to make videos, you’ll do it in Adobe Premiere on a decently specced laptop. If you’re going to create music, it’ll be in Logic or Cubase. You won’t be turning to an overgrown iPhone. That would be just silly.
4. Apple purposely crippled the iPad by excluding USB ports.
Yeah. I’ve heard this one before. Remember when Apple stopped including 3.5″ diskette drives before everyone else? The sky didn’t fall in after all, did it? All iPads have WiFi. If you can connect to the net, you can transfer any data you need. No wires required. The iPad’s been designed with tomorrow’s storage in mind – storage in the cloud; in Dropbox or MobileMe or Google Docs. Get with it, Grandad.
So – the basic argument boils down to “TEH IPAD SUX BECUAESE ITS NOT A REEL COMPUTOR”. And, you know what? It’s not. It’s something else – something, lighter, more compact, more portable. Something in between. Personally, I quite like that idea.
SearchCIO
SearchSecurity
SearchNetworking
SearchDataCenter
SearchDataManagement
Close