SEE 2009, the annual gathering of the Symbian faithful in Earls Court, was a bit of a disappointment. The general opinion from the media attending the show was that this year there seemed to be fewer visitors to view the wonders in store for this mobile phone operating system. Judging by the groups gathered around various stands, the majority were software developers, admittedly the main focus for SEE,  but not so many industry tyre kickers curious to know what’s happening. Maybe this shows that the open sourcing of Symbian is sucessfully creating a healthy community.

There’s nothing wrong with those living in the land of Symbia. Nokia still maintains it will remain faithful. Sony Ericsson and Samsung may both be double-dating with Microsoft but they’re not just playing the field. Nokia took a big risk when it opened up Symbian. It could be that the committee basis of the community will lead to the development of a camel rather than a race horse. The new way of managing the numerous app stores through a central hub highlights this.

The Symbian Foundation appears to have provided a strategy without a business framework. Here’s the plan. A central hub, Horizon, will deal with developers and accredit apps for use. The various app stores will use this as an apps warehouse and select what they need. This is great for the developers who currently have to tout their wares around the stores. Great for the stores who can find what they want at Horizon, be they a games specialist, general app shop or a business software provider. But what about the end users? They will have to have juggle accounts with individual stores because Horizon is for the providers not for the users.

Compare this to Apple where one store fits all. Sign up and start downloading. The Horizon model looks as though it will be very like Microsoft’s Marketplace which displays a catalogue and has click boxes leading to suppliers like Handango and Pocketland.

The main challenge is processing the proffered apps to validate their usability. This is the bottleneck between the app developer and the fortune they hope to garner. Every day’s delay is a day wasted. At the onset, Horizon will have 50 or so apps available, compared with Apple iPhone’s 100,000, but Microsoft only started with 35 apps earlier this month and the catalogue is already growing rapidly.

The main problem is that Symbian is in a development hollow. The S60 platform has been around for a while and all eyes are on the new operating system Symbian 2 (S^2) but models won’t be available until 2010. Later next year S^3 will appear and then S^4 will appear in 2011. The consequence is that interest in S60 is waning and it’s too early to start promoting S^2. If deadlines are met we’ll see fireworks in 2010 but at the moment Symbian is lighting the touchpaper and who can get excited watching a long fuse burn down for the rest of 2009? 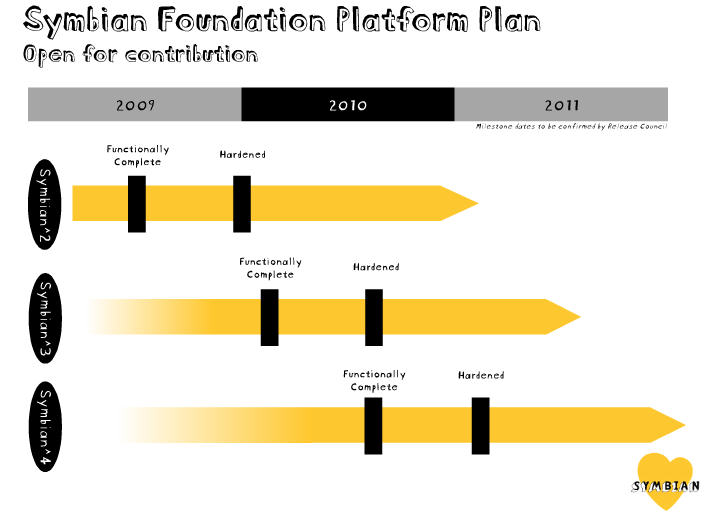