Nokia has been working on an operating system called ‘Maemo’ for a few years now for their tablet notebooks but it is now said that they will also role out the operating system to mobile phones eventually phasing out their current S60 all together.

It has a number of interesting features but the most surprising is the inclusion of advertisements on the home screen. I’m not sure how I feel about that. I know that it may become the future of mobile interfaces but at the moment it sounds a bit like an invasion of privacy.

The screenshot below shows doesn’t have any ads but it could be because this is a shot of the calendar (the only screenshot currently available).

The home screen is basically a big vertically scrollable page, filled with widgets. The active widget has a blue bar down the side and it’s believed that one of these widgets will serve ads.

The idea is that you will get a discount of some sort either on your contract or on the handset in exchange for the ads. 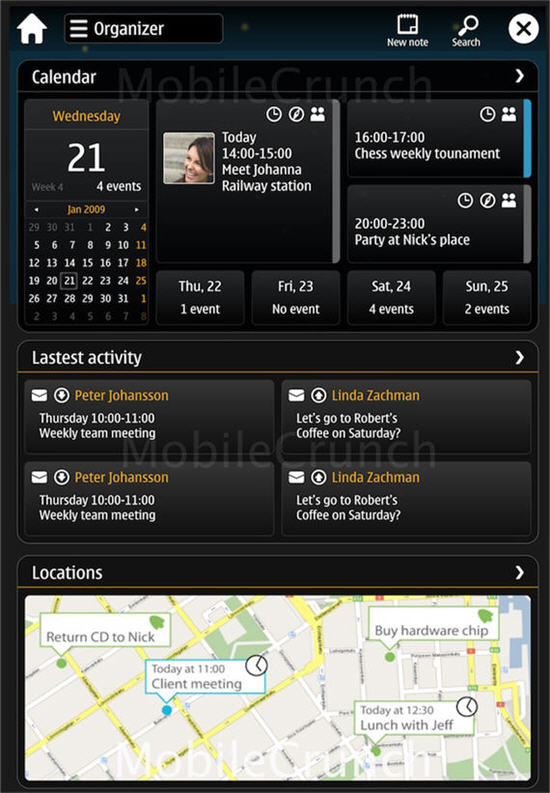