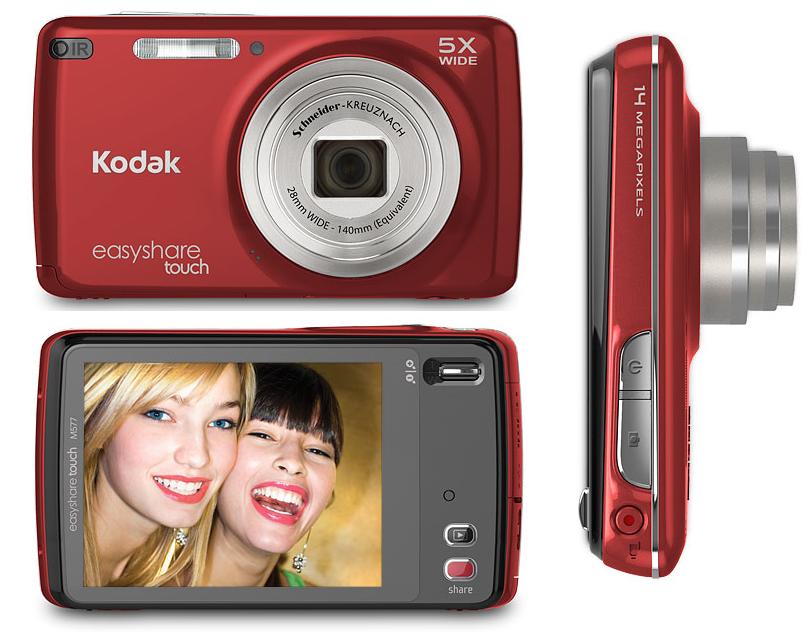 Having tested the Easyshare Sport a few days ago I was keen to see how the Easyshare Touch measured up. There are obvious and vast differences between the models and not just in terms of appearance, so it would be unfair draw too many comparisons as they both cater to different sectors of the digital camera market.

The M577, as it is sometimes known, is a marginal step up from previous budget touchscreen cameras. Kodak have used their last touchscreen digital camera, the Slice, as a platform, updating and improving on it with this model.

The Easyshare Touch is a sleek and polished camera. All the extremities of the M577 are rounded and smooth making it one very pretty piece of kit, however there is a downside, because it is so streamline it is a little slippy in your hands.

This is not a device for those out there who have sweaty palms.

The top of the M577 is where you will find the on/off button combined with the shutter button in one long shiny chrome strip.

Just to the side of the shiny chrome is a black and red dot. This stops and starts the video recording, which I will get to later in the review.

The bottom of the phone only houses the rechargeable battery and micro-SD slot as the micro-usb and HDMI output are under a plastic door on the side of the camera.

The back of the Easyshare Touch is very minimalistic. There is only the silver zoom switch, which tilts up and down, and the two chrome rimmed buttons for Easyshare and playback mode.

This Kodak is a 14mega pixel camera with a 3″ HGVA touch screen and a 28mm wide lens, with 5x optical zoom.

Unfortunately the camera is not as thin as other on the market but this is down to the inclusion of the aforementioned 5x optical zooming lens. I think Kodak are on to a winner here with their decision to sacrifice a slimmer frame for better picture quality, after all that’s what cameras are designed to do.

This is a test shot I took of some fields just outside of my village, very picturesque isn’t it. 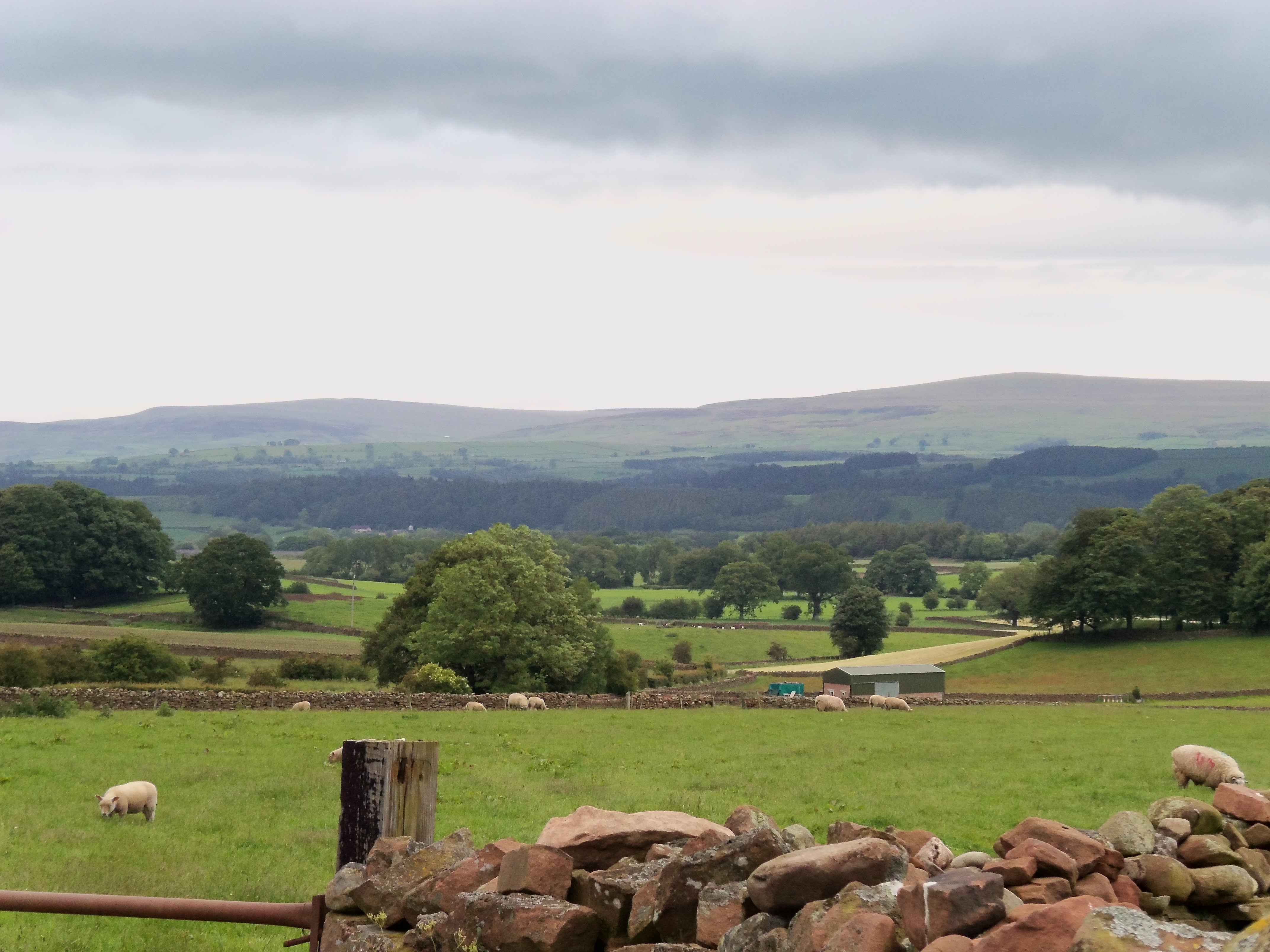 The Easyshare Touch can also capture 720p HD video, which is crisp, clear and smooth.

The simple interface goes some way toward helping the screen remain responsive.

There aren’t too many sub menus to navigate and the icons for each button make it very clear what they do. I.e. a bin to delete and a lightening strike for flash.

When taking or viewing photos the 3″ screen only displays the image so you have a good idea of how well you’ve framed your shot.

Here is another test shot I took. Apologies but there isn’t an abundance of interesting sights in my village. Hopefully you still get an idea of image quality though. 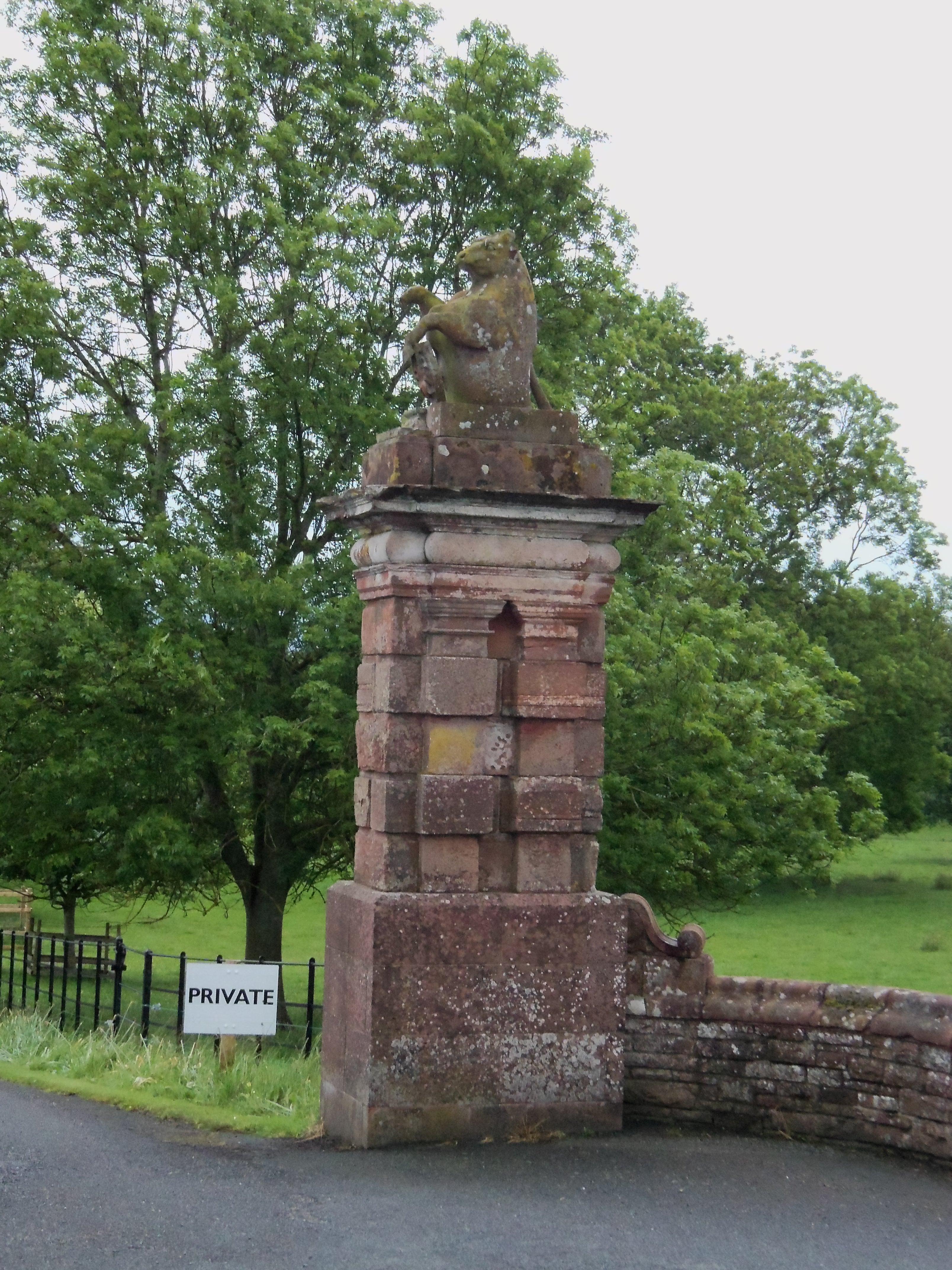 Just tapping the screen brings up the menu if you want to change something. If your viewing images a swift swipe of the finger seamlessly moves to the next image.

If the M577 was a top trump card it’s zoom would be it’s best attribute. The auto focus feels intuitive as it works in sync with the zoom.

Whilst the principal and execution of the image or video sharing is the same throughout the Kodak Easyshare range it is so much cooler on the Touch because of the big bright 3″ touchscreen.

The logo for each sharing location is displayed next to text in a pop up menu and you use the touchscreen to scroll and select the options you would like. The whole process is very speedy and convenient.

Available at around £115 the Easyshare Touch is well worth considering if you are looking for good quality capacitive touchscreen digital camera that won’t damage your bank balance too much.

The danger is that by including so many features, such as the wide angle lens, 5x optical zoom, face detection and HD video, the focus can become more about quantity than quality, but Kodak have struck the perfect balance here.

The M577 is easily a step up on the photo quality of some of the best smartphones out there at the moment and the additional specifications make it a good all round option.