It seems straightforward enough: copy work data onto a USB drive so you can continue to work on it at home. But with the increasingly amount of data leaks and security threats, these miniature drives that can hold many gigabytes of information, can be a huge liability for businesses, the public sector and home users. Important files can easily find themselves in the wrong hands.

For businesses and government bodies there is a risk of a fine from the Information Commissioner, since a lost USB drive holding personal information breaches the Data Protection Act. Being able to control access to these files remotely can potentially add a level of security that has not yet been possible on USB drives, giving peace of mind to CIOs. 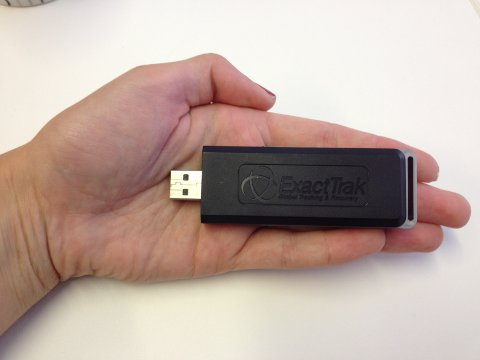 Security Guardian is a USB memory key available in 16 or 32GB storage, produced by Exact Trak. This USB drive in particular allows users to delete data remotely through a cloud-based management console hosted by Fujitsu.

Data can be deleted even when it is not connected to a computer or the internet. It claims to be the first device of its kind with the ability to supply a verifiable audit trail.

Available on contract for £300 for the first year and £199 for the second , the managed service offers an online management console which you sign into and can track the whereabouts of your device, as well as remotely turning its memory on and off. However, the software in question is rather “vanilla”, while the map, powered by Bing, is not as sophisticated and slick as it could be.

Turning the memory off conceals the valuable data that resides on the USB drive. You can then access the files at a later point by turning the memory back on. However, if you are really worried about the USB getting into the wrong hands should you misplace it, the device also has a “kill” function, which effectively wipes the device’s memory remotely (very James Bond – minus the explosions -) – rather like the remote wipe function on BlackBerry smartphones.

The review didn’t get off to the best of starts. Using the administration tab in the management console, I turned the USB device’s memory state on and off, but the device remained on. I turned it off and then passed the USB around the office, but the files were still visible.

I gave up for the day, put the USB in my bag and I travelled home to Reading to test out its location features. The next morning back in London, I logged on and brought up the map and checked to see the device’s whereabouts. We were located about three streets away. I was told by the maker that this was because the device wasn’t outside to locate a satellite to get an exact location, so it was pointing the USB’s location to the nearest mobile mast as a backup. The map did show I had travelled to Reading and back, but yet again pinpointed my location to around two miles away from my home.

I was still having problems getting the device to do its basic functions, but after a quick phone call to Exact Trak, I was informed that a software upgrade had probably caused the issues, which were now resolved.

Next attempt at the review

On my next attempt at the review the following day, I had much better results. I found firstly, that the location was more exact, pinpointing to the street that the Computer Weekly office is actually on, even though the device was still indoors – definitely an improvement.

I also tried out the remote SMS function. I sent a text message to the device stating “?off?” to turn its memory off, very useful if you suddenly realise you’ve lost the device, but you cannot get to a computer quickly. When the device receives the message and alters its state, you receive a confirmation message, which is a nice little comforting touch.

While the location was much more accurate after the software upgrade, it is still not accurate enough to rely on finding a lost device.

If I lose the device, I can check its whereabouts and the management console may tell me that it is in Reading, I could then assume that I’d left it in my flat. This isn’t as useful if you lose it on the street because it won’t be able to pinpoint the exact paving slab you dropped it on. 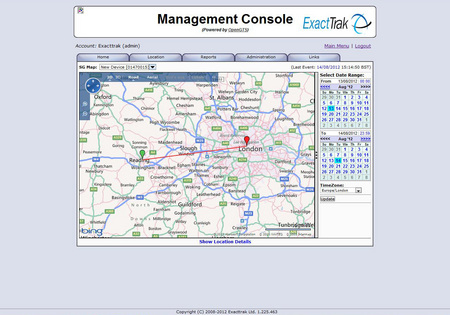 owever, Exact Trak offers an interesting add-on service which allows an organisation to geo fence an area, which could potentially switch on the device’s memory as it is carried over the threshold of a particular location.

In terms of battery life, it seems to last just a couple of days, which you can keep an eye on via the online management console. Once you plug the USB into a computer it will automatically start charging up again. The memory on the USB automatically turns off if the battery dies, meaning that if someone got hold of the device and plugged it into a computer, it would start charging, but would not reveal the memory, until instructed to by the management console. One thing I did notice was how hot the plastic casing of the device got while connected to the computer. And the device itself is very chunky and heavy compared to the average USB.

Ahead of its time

In theory, this product is great, but perhaps it is a few years ahead of its time, due to location services not being accurate enough. It is most certainly more “Security Guardian” than “Exact Trak”, meaning that if a dithering MP leaves his USB underneath his seat in the back of a taxi, the service may only provide a rough guide to relocate the device, but rest assured it can be remotely wiped as soon as he realises it has gone missing.

My only other worry is that if Exact Trak was performing a software upgrade in the future which affected the performance of the product – would a courtesy email be sent around to warn you not to depend on the device for that day?