Pretty much everything to do with Razer is quite cool. The company refers to itself as the ‘lifestyle brand for gamers’ and often spells its name as RΛZΞR, with three nifty slashmarks instead of an E… and even its triple-headed snake logo is quite cool.

So does its Razer Kishi Universal Gaming Controller for Android also make the grade for the cool factor?

This is a handset controller for Android smartphones to get around the annoying ‘on-screen joystick’ experience that we all loathe when playing mobile games. The Kishi clamps your smartphone in-between two controller ends and ‘converts’ it into a handheld gaming device with joystick controllers, gamepad controls, start button and ‘flappy paddle’ end controllers as well.

As is often best with these things, the Computer Weekly Inspect-a-Gadget elves ignored the instructions (there is a small printed quick start guide in the box) and attempted to get running intuitively.

Razer has kindly placed a ‘turn it over’ sticker on the front of all new Kishi units so that you don’t attempt to splice it apart without releasing the clips on the back. We quickly realised that we’d need to remove our smartphone cover (even though the Huawei Mate devices have a slim clear cover, it’s best to remove it) in order to get the device properly connected.

No additional power is needed and even the larger size 6-inch plus size smartphones fit in well. There’s spring-loaded heavy duty rubber strap at the back that extends to fit the exact size of your phone before it clamps it in.

In terms of what it looks like once connected, you almost forget that there’s a smartphone clamped in-between this controller and it sort of looks like a Nintendo Switch as shown in this link.

We started with some retro experiences and went for Android Scrambler (Scramble — if you remember the arcade version). A game that had previously only been playable up to a couple of levels is suddenly much more usable (we saved the base and destroyed everything we could) and the in-game experience is excellent.

Asteroid Storm works okay, but the spaceship doesn’t really swivel around, it just ‘points’ in the direction you point the left controller. But this the same effect we found when using other handheld extension devices, so it must be a software issue.

Although Call of Duty for Android appears to be strangely incompatible with this unit as was Zaptiye (we think perhaps if a game is developed and hard coded to show a joystick controller on screen then it potentially doesn’t work with the Razer Kishi), Asphalt 9 Legends is positively superb. The Razer Kinshi positively comes into its own playing Asphalt and you even get to use the front flappy paddles for nitro and drift while steering and breaking – it really takes the mobile gaming experience up to a new level.

“The Razer Kishi works out of the box with games that have enabled controller support. We leverage OS platform standards (Android HID and iOS MFi) to ensure the broadest compatibility. Razer also seeks to grow the number of console-quality mobile gaming experiences through collaboration with our partners,” said the company, in an official press statement.

Other games worth trying with this kind of controller include Oceanhorn and Rayman Adventure and mostly any older game we tried also seemed to perform well. The restriction (of course) is that vertical games don’t really suit this kind of device, but unless you’re hell-bent of playing 1943 Air Strike that shouldn’t be a major issue.

If your phone starts running low while you’re gaming with the controller still attached, simply hook up a USB-C charging cable to the controller itself to get the device charging.

Razer notes that the direct USB-C connection to the smartphone itself virtually eliminates input lag.

In total, you get two clickable analogue thumbsticks, arrays of face and multi-function buttons and an 8-way D-pad. It also comes with two analogue triggers (what we called the flappy paddles) and two bumper buttons for a triple-A, console-level gameplay experience anywhere.

The units is also cloud gaming compatible and will work with Google Stadia, Microsoft Project xCloud and Nvidia GeForce Now. 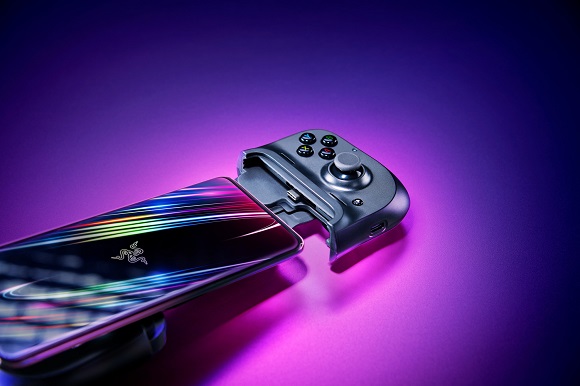 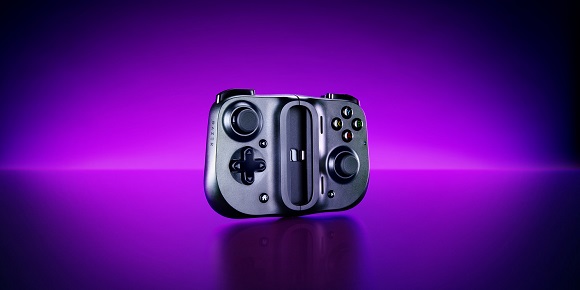