An educational initiative between Rice University and Indian educators gives an indication for the shape of future gadgets.

The team has devised an electronic equivalent of the slates and chalk used in Victorian schools and currently still in use in some rural schools in India. Krishna Palem, the Rice University team leader, has devised a processor chip that uses much less power than current CPUs by trading off power usage against accuracy. 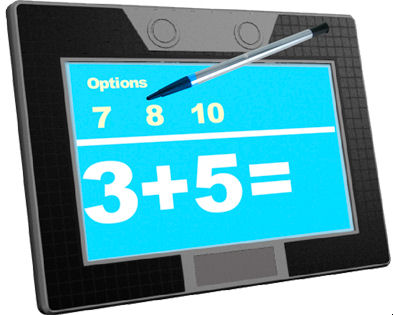 Boolean logic produces finite results but probabilistic logic uses what could be described as “best guess” answers based on probability theory. These small errors cannot be tolerated in applications such as financial calculations but when it refers to multimedia files, such as graphics or music, small errors can be tolerated. For example, if a pixel or two are the wrong colour it does not spoil the overall image. Palem argues that the trade-off results in massive power savings that would make extend battery life in mobile phones and MP3 players from days to weeks.

In the I-slate that Palem’s team is developing, the use of a probabilistic chip will enable the device to be solar powered and still fulfil the aim to support a visually-based mathematics curriculum that allows children to learn by doing, regardless of their grade level or whether they have a full-time teacher.

The whole technology is in its early stages and may or may not deliver the promised benefits. A key to using the technology is finding applications, like streaming video for cell phones or low-powered video displays in I-slates, where errors can be tolerated. The new silicon piggybacks onto the CMOS (complementary metal-oxide semiconductor), that chipmakers already use and is known as probabilistic CMOS, or PCMOS.

“We expect to begin testing prototypes of the curriculum and the I-slates next spring,” said Palem.