The Computer Weekly Inspect-a-Gadget team has already played with the Gemini PDA by Planet Computers in a story that provides some level of validation for this ‘invention’, because humans need a keyboard here.

Planet has clearly been on a trajectory around the sun and back (sorry, no other pun works as fittingly) over the last couple of years, the company’s Cosmo device was the follow up to the Gemini… a bit more powerful, a tiny bit bigger, a few more functions.

For 2020, Planet wants to complete another spin around the solar system; the company’s next device is the Astro Slide.

This is described as a 5G powered smartphone as well as a ‘palmtop’ computer that comes with an integrated physical backlit keyboard. The keys themselves work by what is known as the RockUp™ slide hinge mechanism… and that trademark symbol is of course supposed to convey its patented status.

What RockUp actually means is: the screen slides along parallel and flat… until it hits the handy elevating hinge that ‘rocks it up’ into a usable screen position.

After an initial Indiegogo campaign, Planet’s Astro Slide will ship running the Android 10 operating system and will offer multi-boot functionality for other operating systems (we’ve been told Debian Linux, but no others at this stage) in the future.

When not in use, the keyboard is hidden under the scratch-resistant display.

Astro Slide on 5G device is powered by the MediaTek Dimensity 1000 chipset. Planet claims that this offers twice the performance of other 5G chipsets with significantly reduced power consumption.

Astro’s battery will power a user through an “entire day” of work and play, by which the company means around 12-hours, depending no the number of concurrent apps running.

Astro Slide is Wi-Fi 6 and eSIM enabled. It features a 48-megapixel rear facing camera as well as a front camera for video calling. There’s a fingerprint sensor, NFC capability including for payment, 2x Nano SIMs and 1x eSIM.

It ships with minimum 6GB RAM and 128GB of internal memory and offers expandable memory via MicroSD.

“This is Planet’s first 5G device. Astro’s RockUp slider brings all the functionality of both a smartphone and a powerful computer to the palm of your hand and gives you the freedom to write, create, animate, communicate and be entertained in one familiar form factor,” said Dr Janko Mrsic-Flogel, CEO of Planet Computers.

Astro is the first of Planet’s transformer smartphones where the large touchscreen display is on the outside of the device just like on a modern smartphone.

The Astro Slide will retail at around £799. 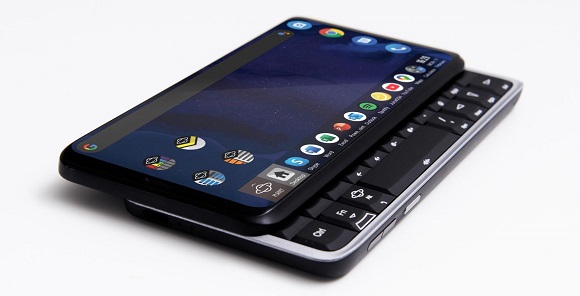 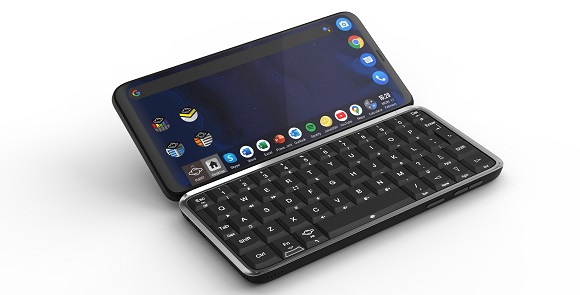