Based in London, Planet Computers is the mobile handset manufacturer behind the  Gemini PDA and the new Cosmo Communicator.

Computer Weekly reviewed the very delightful Gemini PDA device here and it was clear to see how Planet’s creators had been inspired by the Psion devices of the mid-1990s to build the clamshell (with keyboard) form-factor for modern audiences.

News this month (last actually, but who’s counting?) saw Planet put multi-boot functionality on the Cosmo Communicator, a function we had been experimenting with in very embryonic steps on the Gemini device.

Users now have the capability to run a number of different operating systems – including Android (both standard and rooted) and Debian GNU/Linux on the Cosmo.

Since the Cosmo Communicator’s launch in September 2019, Android 9 (Pie) has been the default operating system pre-loaded onto each device. The Linux community, with support from the Planet Computers team, has been developing the firmware to allow Linux and TWRP to run (they say smoothly) on the mobile device – which included a recent Beta-test phase.

With Debian GNU/Linux running KDE now operational and available for the Cosmo Communicator, the company says that users can benefit from the “full graphical desktop experience” and run a wider variety of applications to meet all their communication, work, education and entertainment needs.

Importantly, over-the-air Android firmware updates will still be available to users who partition their Cosmo to include Linux.

“Offering a viable alternative operating system on the Cosmo Communicator has been a cornerstone of all Planet devices. The Linux community has been instrumental in the firmware development and together we will continue to refine and enhance the Linux user experience,” said Dr Janko Mrsic-Flogel, CEO of Planet Computers.

The firmware to multi-boot the Cosmo Communicator is available to download for free from Planet Computers’ support website… abd there’s also a step-by-step guide detailing how users can setup Linux on their Cosmo Communicator.

For customers who prefer to have the firmware pre-installed on a MicroSD card, these are available for purchase from the Planet Store.

Users will need a mouse to be able to get the most out of running anything other than Android… and (for a personal opinion) we think that Planet should increase its form factor size slightly, just an inch or two please guys? Let’s continue following this company with interest. 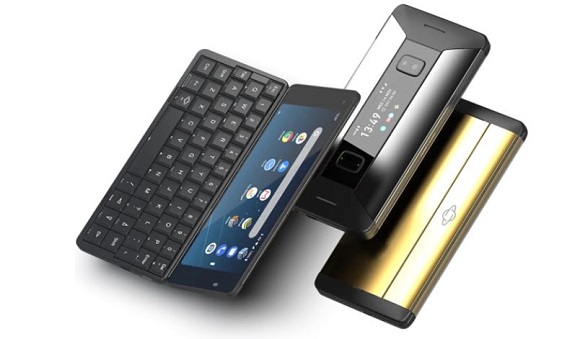