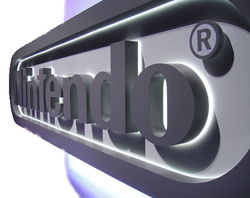 The once all-conquering game and console manufacturer was almost dead until they released the Nintendo Wii, a console so original that it secured a whole new demographic to fight off Sony and Microsoft.

Now there are new consoles from Sony and Microsoft that have advanced motion sensor technology but with the added advantage of better graphics and a more powerful hardware, the pressure to come up with something original again is on.

Sadly their latest offerings have failed to excite. The 3DS has stuttered mainly due to the fact that the 3D element can cause headaches therefore making the console not much of an advancement on the previous Nintendo DS.

As sales have slowed, the price tag has fallen from £250 down to under £150 within a very short space of time.

Nintendo are banking on classics such as Mario Kart, Super Mario and Zelda to beat off the competition from Sony’s PS Vista, a far more powerful console with better touch capabilities and many more tricks up it’s sleeve.

But that’s just the handheld market. Nintendo’s latest home entertainment system the WiiU has also failed to set pulses racing as it seems to be more of an upgrade to the original Wii than a new console in it’s own right.

While the motion sensory controls remain the same, the tablet-esque controller that sports a 6.2 inch touch-screen, a rear-facing camera and a front-facing camera is designed to allow the player to ‘take the screen with them’ and to act as an off-screen screen if you see what I mean? 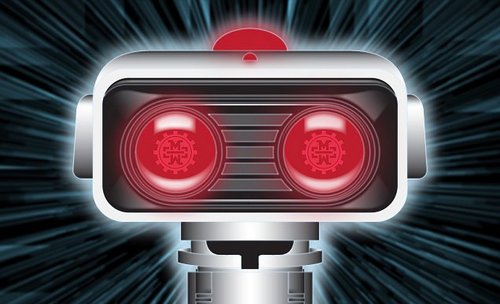 It’ll also feature a microphone, a gyroscope, an accelerometer, dual analog controls, two shoulder buttons and two triggers and a stylus. Other cool extras are that you will be able to game and video chat even without a TV.

It all sounds very impressive but following the so-so reception of the 3D on the 3DS, an incredibly large controller sounds like it’ll take some getting used to.

Don’t get me wrong, I think it will be a great piece of technology but the fact is that the Wii was successful due to the fact that it was so different to the competition.

Now Sony and Microsoft have learned from their mistakes and are yet to show their hand. Sony could quite easily emulate the WiiU controller with their tablet computers the Sony S and Sony P, for example. And Microsoft will no doubt add to the Kinect which has yet to fulfill it’s potential.

The 3DS is struggling. Gamers have now decided to just switch off the 3D element for most of the time in order to play longer.

That wouldn’t be such a big deal but for the fact that the PS Vista looks like it will take some beating and the fact that Nintendo have basically admitted that the 3DS has a design fault by releasing the horrible looking second analogue controller to clunk on to your 3DS.

Nintendo’s library of games for all of their consoles is dwarfed by that of Microsoft and Sony. Nintendo relied on quality over quantity but as time has passed the quality and quantity of it’s biggest rivals has grown.

Relying on Mario games and Zelda can only get you so far. Hard-core gamers want war games, fighting games, sports games etc. and these are genres that Nintendo are not able to deliver on.

This will eventually be Nintendo’s biggest downfall as their rivals have shown that they can attract different markets while still holding onto the main gaming demographic.

Despite everything I have said, the fact is the WiiU could be a huge success and have the same impact as the original Wii.

Nintendo has always been inventive and clever. You only need to glance at their previous efforts to see that this is a company bursting with ideas and innovation.

Yet they have struggled to move with the times and have had to forge / dictate their way into a new market / demographic to survive.

This is why the WiiU will be desperate to show that it isn’t a rival to Sony and Microsoft’s latest offerings but as an alternative that can sit alongside a PS4.

As I said before, the Nontendo’s library of games is limited BUT the series of Mario games are so good.

Personally I don’t play them much anymore but that’s not to say that they aren’t enjoyable. If you do end up buying a 3DS or a WiiU you would be mad not to buy the latest Mario platformer, the latest Mario Kart and after that you’re looking at Zelda and Donkey Kong. 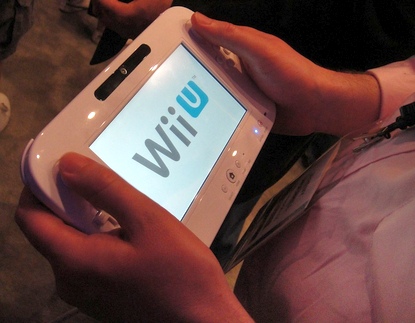 Personally I feel the WiiU will do well with small children but fail miserably otherwise. A tablet controller is not so amazing when tablet computers are becoming the norm.

I can see the advantages of the second screen and how it can expand the experience but don’t feel it’s enough to beat Sony and Microsoft.

Add to that a lack of games and an audience bored of Mario & co. and you start to see Nintendo go the same way as Sega, potentially a company that just manufactures games for Sony and Microsoft.

As mentioned before Sega were flying high until a couple of consoles doomed the once mighty gaming company, Nintendo are heading in the same direction if the WiiU and the 3DS fail to live up to expectation especially as Sony and Microsoft don’t rely on console sales.

If you’d told me 20 years ago that Sega would make Sonic games for Nintendo I would’ve called you crazy.

In ten years time Nintendo could be making Mario games for Sony. 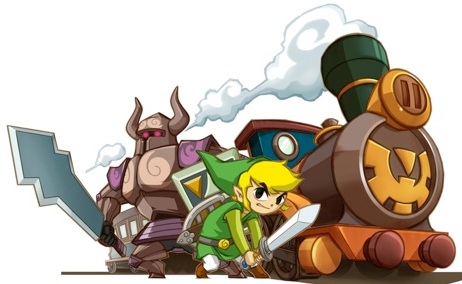 Nintendo will either go the same way as Sega and produce games for everyone else, or they will wow the world once again with true invention.