Latest Blog Posts
Related Content
BlogRoll
Latest News
Download Computer Weekly
We started off texting using a numerical keypad on our Nokia 3310s. Slowly and painfully keying out “How r u m8?” by r epeatedly sequencing through a group of letters sharing a button with a number on your handset. 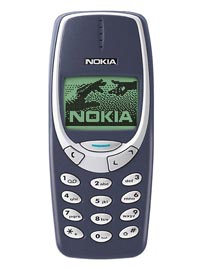 Next came predictive text, where our phones acted clever and would try to guess what you were typing through single key presses. But this didn’t always go to plan.
One of the decent things BlackBerry did was popularise the QWERTY keyboard, so we all went back to typing out full words on our smartphones, fingers frantically moving across the screens.
Now, there’s MessagEase, a new text input technology designed particularly for smartwatches, smartphones, wearables, tablets, and smart TVs. The keyboard is designed for two finger usage – capitalising on new technology’s small retail estate.
The video below shows how the nine large keys can be used with only two fingers. It looks rather baffling – but so did predictive text messaging when it first came out.
Ready as an app for iOS, Android and Windows 8 tablets, the technology could revolutionise typing if it can get on the smartwatch bandwagon – a screen which is particularly smaller than what we are all used to.