Ever since last year, the 3D printing sensation has been steadily growing, with Gartner predicting that 3D printer sales will double by 2015.

This year 3D printing is still a prominent trend, except now the printers are smaller and cheaper, making them more easily accessible to businesses or even home users.

They can be used for a number of different things, from creating parts for use in product production, to rapid prototyping, to just making something fun. The government has even invested in research into 3D printing, after claiming that the technology could drive growth in education and manufacturing in the future.

The Gadget Show Live was packed with stands displaying the latest 3D printers, and I happened to stop at one to take note of the technology currently being used in the 3D printing industry. 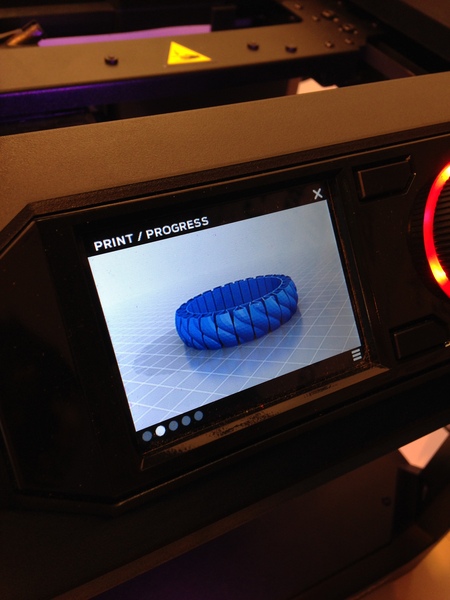 RoboSavvy, a firm that specialises in providing robotics and DIY products, had a range of 3D printers on display, all of which were under £2500.

Among these was the MakerBot Replicator, a desktop 3D printer allowing the user to make 3D models from digital blueprints. The technology for this has been around for a while, but this particular printer also has an on board camera so you can see the progress of your model while it is printing.

It also has a 100 micron resolution to create the smoothest models possible that shouldn’t need sanding after printing, and is available for around £2340.

To take the printing process full circle, the MakerBot Digitizer was also on display. This gadget allows you to scan in an already existing object to create a digital model – effectively 3D printing in reverse.

This can then be used with a 3D printer to print out a replica of the original product. If you really wanted to, you could then scan the model in order to make another digital replica to be printed out again. 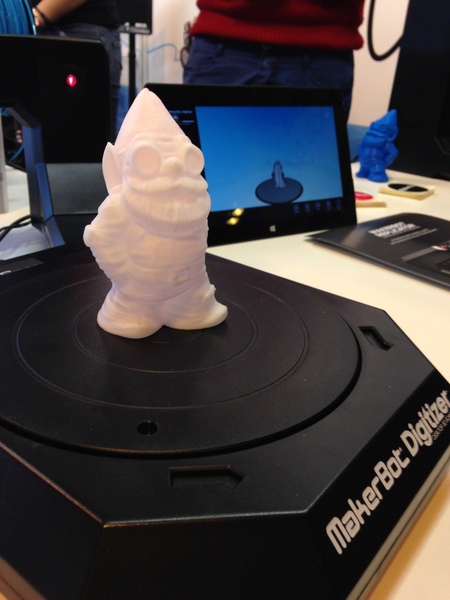 Although 3D printing has been around for a while, with every model the printers get more and more advanced. And let’s face it; even though they will soon become the norm, they’re still really cool.