In the coming week, most other gadget blogs will be going on about the tech they loved of the last year – or even the last decade. Let’s save you the trouble of reading them: Nintendo Wii blah blah, iPod blah, iPhone blah de blah, Nintendo DS.

Here’s my gadget of the year, decade and century.  But, before I kick off – I haven’t really introduced myself properly on the blog before. I’m Karl Hodge – and I’ve been writing commercially about computing and technology for about 15 years. Before that, I wrote academically about hypertext and user interface design. I designed and taught the UK’s first degree level web design courses and modules on interactive media. I switched to full-time journalism at the end of the 90s and since then have written widely about web tech, PCs, Macs and gadgets for a variety of newspapers and magazines – and that work has been translated into a dozen languages across the world. So there.

My pick is a lightweight reading device, containing between 60,000 and 600,000 or more words of text. The catalogue of titles beats every e-reader out there, with an estimated hundred million currently available.

The user interface is genius. Content can be found using an annotated, categorised list that you can navigate to directly, quickly and easily. You can use the built in page bending features to mark content or extend functionality, bookmarking multiple pages, using a simple, free add-on.

Robust engineering means that it’s tough enough to withstand a drop from almost any height – though it isn’t as water resistant as some of its rivals.

Models vary quite widely, with some containing full colour, full screen image capability. The display is clear and easy on the eye, with soft-edged black text appearing against a flawless off-white background. Some are pocket sized – but even the most solidly built examples can be slipped into a bag or rucksack with little trouble. And here’s the killer: there’s no need to charge the device. It’s pretty much guaranteed to last as long as you’ll need it. It’s the ultimate in portable reading technology.

Availability is immediate, with devices shipping through specialist outlets, newsagents, discount shops, supermarkets and, of course, online through Amazon. With an average price of £4.99.

I’m going to switch off my computer, my phone, my Kindle, my Wii and PDA until Boxing Day now – and open a prime example of my gadget pick:

See you after Christmas 😉 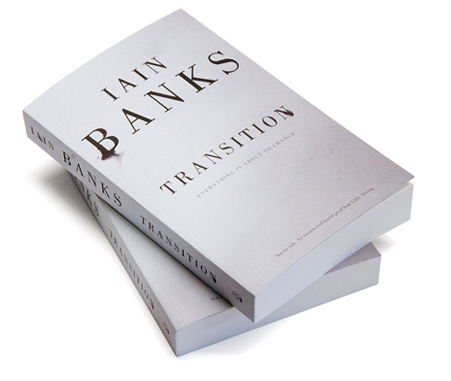