The Bigshot “Do-It-Yourself” Camera claims to be an interactive and creative educational task, but after spending ninety long and intense minutes on the construction, the question still bodes – is it really worth it? 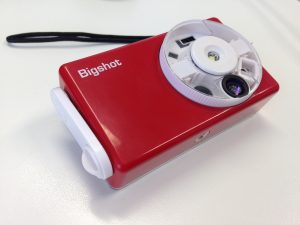 ion could be yours! It includes all necessary tools to guide you through the camera’s construction  – the wet dream of a scientist and photographer’s lovechild.

The finished product produces regular, panoramic or 3D photos (though to view the latter you have to adopt the 90s style fashion c

When I opened the box my initial excitement was soon dampened by the excessive amount of small parts and my mind trudged back to many a time where I very quickly gave up on the simplest of jobs as soon as I discovered that there would be even the slightest bit of  fiddling.

To say building this ‘camera’ was time consuming would be an understatement. The instructions themselves were clear enough, but the diagrams were poor quality, causing some confusion about what goes where. However, a lot of the time arrows were at the ready, so at least I knew what direction I needed to point the metal rods in order to complete the exercise in hand. I found a number of problems with the building, and a single error, forcing me to start the construction again.

At times I felt like a runner making a false start without realising – sprinting 100 yards like my life depended on it only to realise I had to miserably and exhaustedly trail back and start the whole hubbub again.

So having gone back to the start line and missing the gun a number of times I finally completed the camera. Hallelujah.

As said before, I was promised high quality pictures, in panoramic and 3D form, so at this point I was definitely having a doctor Frankenstein moment, awaiting the fully charged awakening of my creation. But, like the naughty children on Christmas Eve, I was disappointed with coal instead of greeted with an angel like glow surrounding the expensive presents I thought I so rightly deserved. 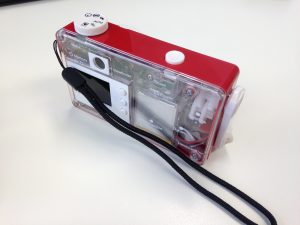 The camera was in fact not worth the hard work put into it, offering 1999 camera phone quality style pictures, that were in no shape or form the 3D spectacular they were made out to be on the box.

So in conclusion, if you want a digital camera, do not make one yourself, perhaps fork out the money to buy a decent one.

As for the experience of making it, if you want some construction time, go to a building site. You’ll have a heck of a lot more fun then I did, with half the frustration of small screws and tools.