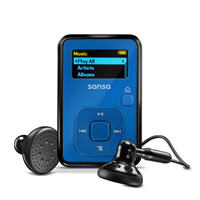 I had occasion to upgrade the operating system on my MP3 player, a Sansa Clip+. At one point I had to disclose which country I was based in. On replying “United Kingdom”, I was informed that the maximum volume level would be reduced to comply with EU edicts.

That was fine in the confines of my home but when travelling on a train or by London Underground I could no longer hear the music over the rattling of the train (moreso on the tube than the train).

What about the hard of hearing? Should they be robbed of mobile music or audio books just because of do-gooders in Brussels?

This raises a couple of points. Firstly, I maintain the right to damage my own hearing rather than have nanny states imposing health standards – especially when they do little to prevent illness attributed to smoking, or alcoholism by limiting the number of drinks served in pubs and cheap alcohol in supermarkets. Instead they take a cut by inflating prices through taxation like all good drug dealers. Secondly, why can noise levels on public transport and associated stations exceed acceptable levels?

OK, I don’t want to damage my hearing but surely there must be a better way to handle the volume problem. The transport agencies will argue that their noise levels are transient and the MP3 idea is to prevent sustained exposure to noise. Maybe the answer is to allow higher volume levels but to have a choke that comes into play after a certain time or an audio warning that you are exceeding safe limits. Personally, neither satisfies me.

My solution is to lie. I reloaded the upgrade but stated that I was using my player in the US. Now I have regained control of my own audio destiny.