Lenovo have been busy, along with the launch of a 27-inch multiuser table PC, the Horizon, the company also had a few more tricks up its sleeve at the CES Unveiled event in Las Vegas.

Weighing less than a kilogram, this ThinkPad Helix is Lenovo’s latest offering of a hybrid detachable tablet. Where the ThinkPad Twist, just well, twisted, the Helix is completely removable from its keyboard. 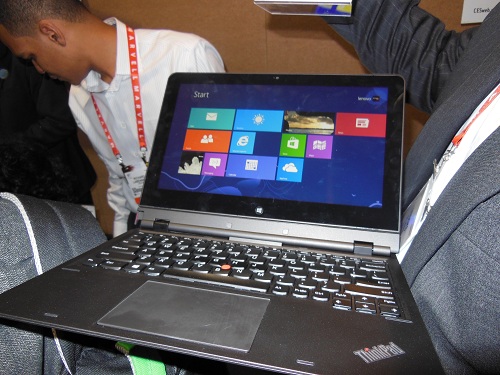 While completely removable, it is also reversable. The tablet can connect to the keyboard dock either in the traditional clam shell way, or appearing face up, so that the product can be used as a slate when the tablet is close onto the dock. 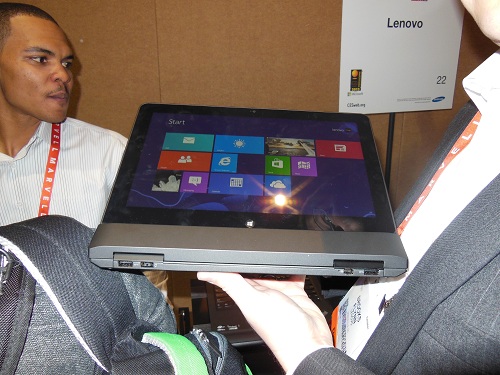 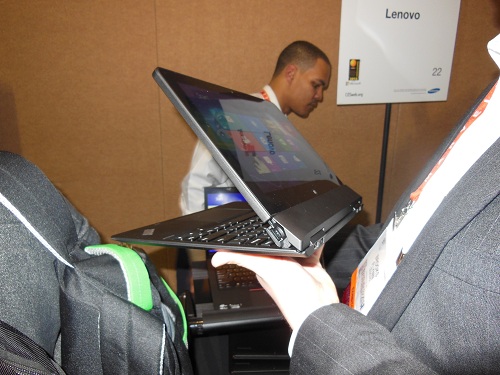 Available with a i3, i5 or i7 intel core processor, and up to 10 hours battery life (six in the tablet and four in the keyboard dock), this could become a great offering to the workplace.

Less than a kilogram as a tablet, and 1.7kg as a full ultrabook device, the hybrid also claims to have Lenovo’s best screen at full HD resolution and 11.6-inches.

Lenovo has launched a mobile touch external monitor which will work with any Windows 8 device. There are two models, a wireless and a non-wireless monitor. 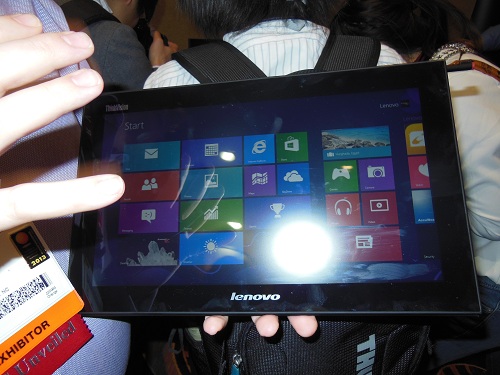 The monitor mirrors whatever computing device it is connected to, which enables 10 finger touchscreen capabilities to non-touchscreen devices. 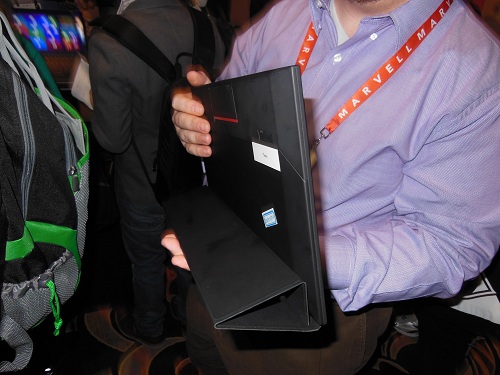 Lenovo has also updated its U and Z series ultrabooks to include touch functionalities, while the Yoga 11S is now running an intel core and full Windows 8, rather than the RT version.

Keep checking Inspect-a-Gadget for hands-on experiences at CES with these devices.